The Earth recycles itself! 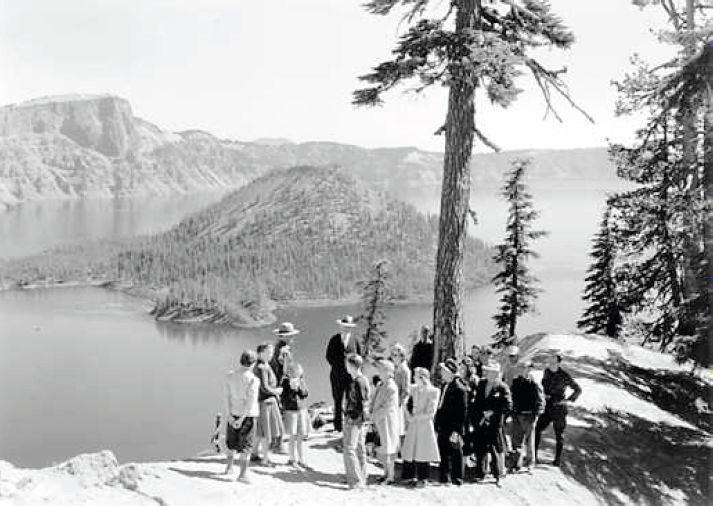 Some of the most spectacular volcanoes on Earth are associated with subduction zones!

Right: The upper picture was taken at Crater Lake in 1941. 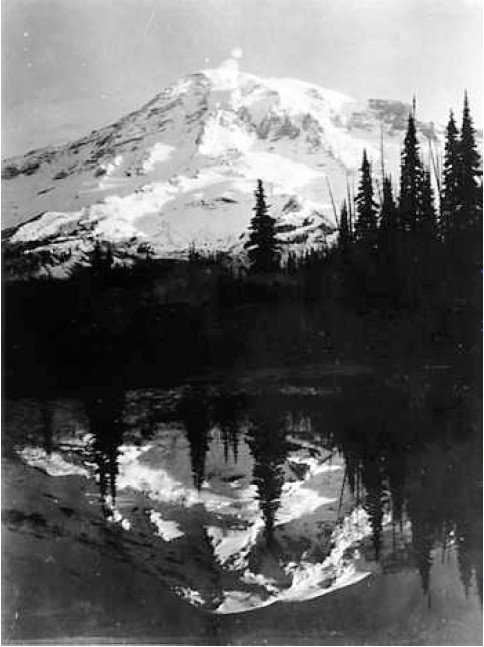 Mt. Mazama, the volcano that erupted to form Crater used to look a lot like Mt. Ranier, however when it erupted, the top collapsed in on itself and filled with water over time to produce the lake we know today. The small cone at Crater Lake is a cinder cone called Wizard Island. (National Park Service)

The fluid melts some of the silica-rich minerals in the overlying material producing dark, silica-poor basaltic magma. The basaltic melt migrates upwards and becomes more silica-rich it melts its way toward the surface.  Sticky, silica-rich magma erupts at the surface forming steep-sided volcanoes.

Subduction zones produce volcanic arcs, curving chains of steep-sided volcanoes, for example the Aleutian Islands in Alaska. Volcanoes associated with subduction zones generally have steep sides and erupt explosively. Why are the subduction zone volcanoes so steep? The lavas erupted there are rich in silica. Silica acts as a thickening agent (like flour in gravy) so silica-rich magmas are thick and pasty. When the magma erupts, the lava is so thick that it can’t flow very far. Instead, it sticks to the sides of the volcano forming a tall, steep-sided cone. Sometimes these volcanoes explode (for example, Crater Lake, Mt. St. Helens, Lassen, and Mt. Ranier). Thick silica rich magma does not release the gasses very easily so they build up inside the magma chamber. As the gasses collect in the magma chamber, the pressure rises. It is possible for the pressure to rise so much that the chamber cannot contain the magma and it erupts explosively.

Some US Parks that have active volcanoes formed as the result of subduction related processes are:

Other national parks lie along ancient subduction zones. They used to contain volcanoes long ago, but over time the tall volcanoes were eroded away. Parks that show remnants of ancient volcanism are (these will be links to individual park pages):