Read the following for introductory information and click the buttons below for more detailed information on various styles of eruptions. 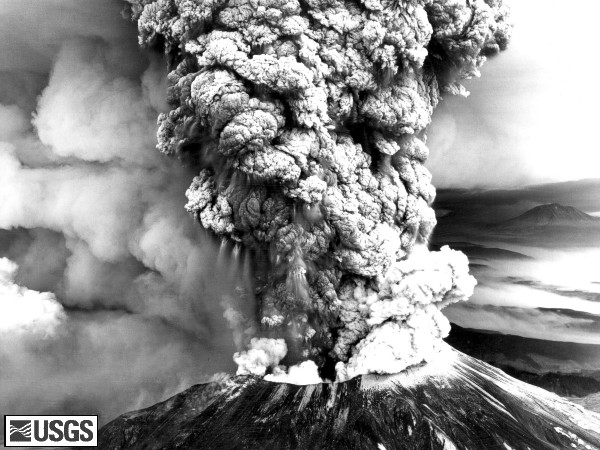 Scientists realized long ago that no two volcanoes erupt the same. Some, like Mount St. Helens, burst violently and send ash and gas high into the air. Others, like Kilauea in Hawaii, ooze red hot lava which runs like maple syrup down the slope of the volcano. Many factors control how a volcano will erupt. Understanding these controls is a large part of the science of volcanology. 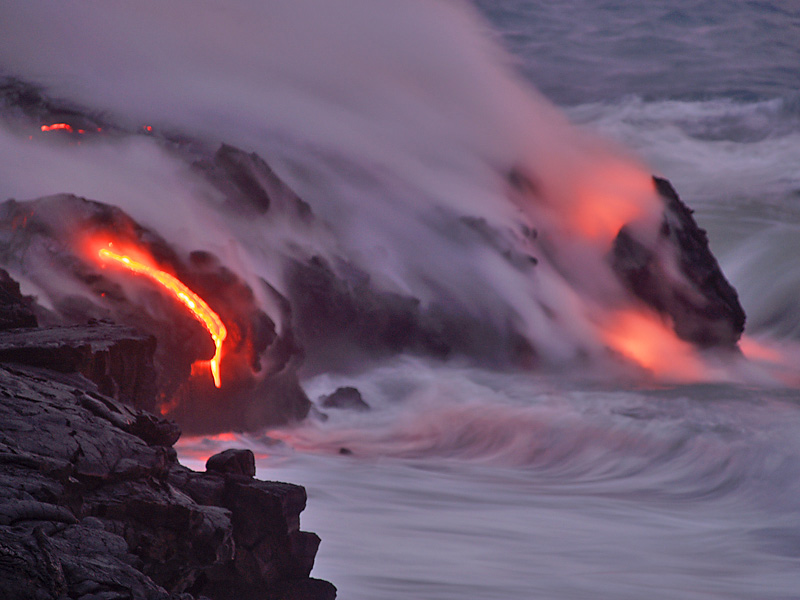 Lava oozes into the sea in Hawaii. Image courtesy of USGS.

There are two predominant types of volcanic eruptions:

magma rises through the surface and flows out of the volcano as a viscous liquid called lava.

magma is torn apart as it rises and reaches the surface in pieces known as pyroclasts. 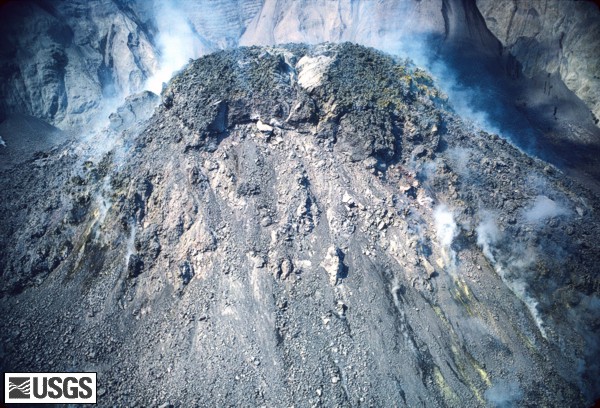 Why do volcanoes behave in such different ways? Whether a volcano will erupt explosively or effusively is determined by the presence of bubbles. Magmas contain many different gases such as H2O (water), CO2 (carbon dioxide), SO2 (sulfur dioxide), HCl (hydrogen chloride) and HF (hydrogen fluoride). Deep within the earth as the magma resides in a magma chamber, these gases are comfortably mixed into the magma. As magma rises towards the surface, though, the gases are no longer comfortable within the melt and come out of the magma to form bubbles. In some situations, bubbles form very easily. Sometimes, though, bubbles are not able to form. When a very bubbly magma reaches the surface, the bubbles pop and send shards of magma flying in every direction as pyroclasts. A magma without bubbles will simply ooze to the surface.

Bubbles control a factor known in volcanology as explosivity. The more bubbles a magma develops, the higher the explosivity of the eruption. To better classify the size of volcanic eruptions, volcanologists developed the Volcanic Explosivity Index (VEI) to categorize eruptions. The VEI scale starts at 0 and has no upper limit, but the largest eruption in history was a magnitude 8. 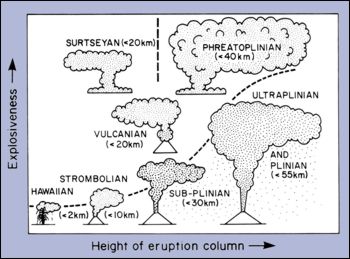