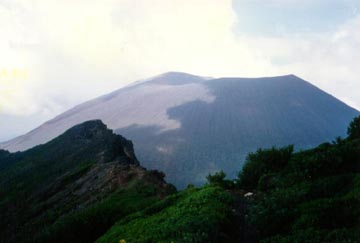 Asama's active cone from the caldera rim. All photographs courtesy of and copyrighted by Mike Lyvers.

Mt. Asama is perhaps Japan's most beautiful volcano. It was highly active when I visited in 1990, having erupted just 2 weeks before my visit - Mike Lyvers. 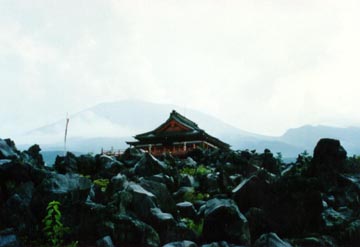 A Shinto shrine on a lava field near the base of Asama's steaming active cone. 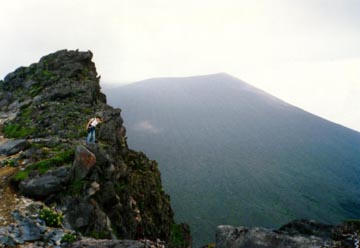 Leslie Sonnenschein on the caldera rim of Asama. 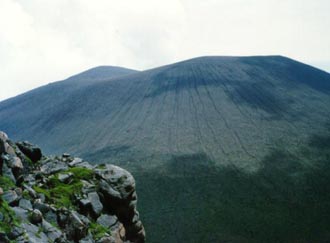 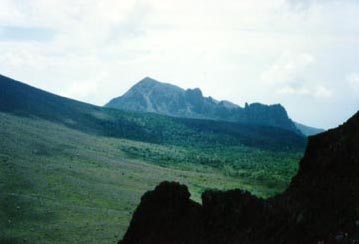 A beautiful panorama of the volcano and caldera. 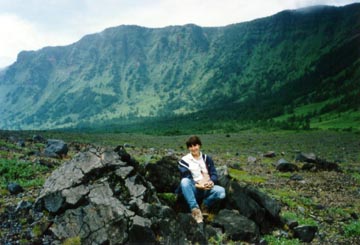 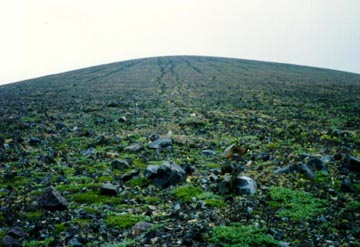 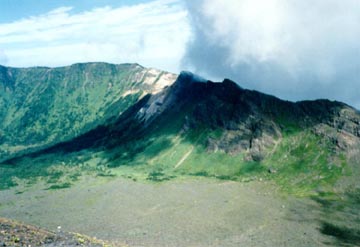 The upper slopes of Asama with the caldera wall beyond. Note person for scale in lower left. 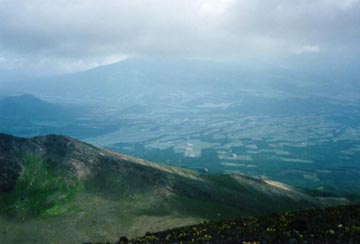 A view from the summit. 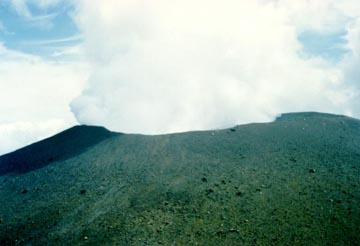 The outer crater ring at the summit. 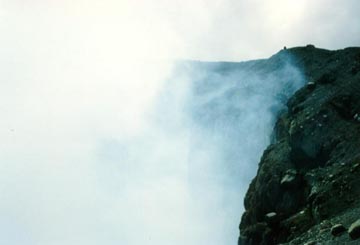 The active crater, which was throwing out tons of gas and making a heck of a lot of noise. 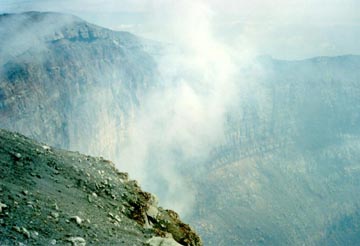 The active crater during the rare moments when the fume cleared. 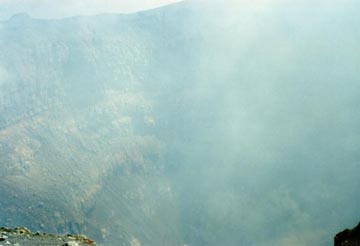 The active crater during the rare moments when the fume cleared. Note that another small eruption is beginning deep inside the crater.