The North American Continent is ripping itself apart! As the crust tears, it bleeds lava… 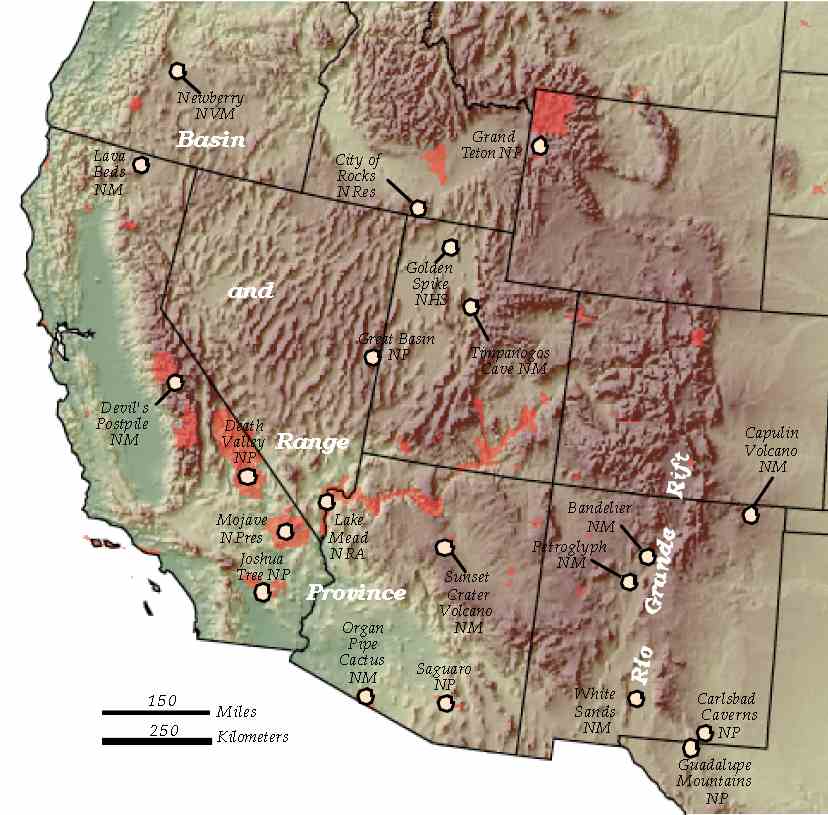 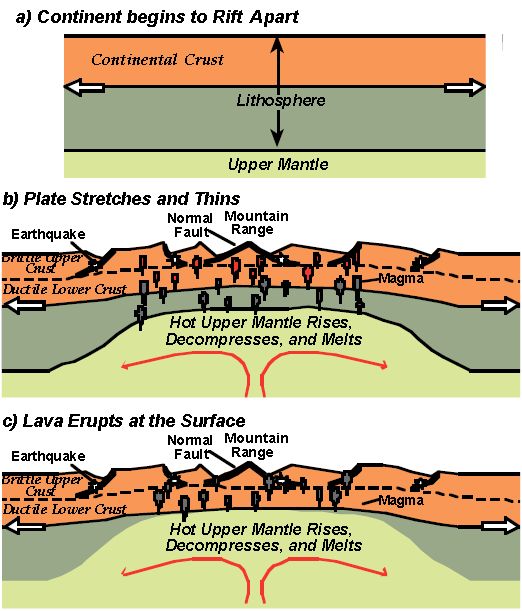 These landscapes are a result of continental rifting, or places where the continental crust is extending and thinning. As the crust thins, the hot, buoyant upper mantle (the asthenosphere) rises.

Eventually the asthenosphere upwells so close to the surface that magma that erupts onto the surface. Continental rifting processes are showcased in the steep fault escarpments and active volcanoes that characterize the western United States.

b) The upper part of the plate is cold and brittle. It breaks along normal faults (the blocks fall down), causing earthquakes and blocks of mountains ranges separated by rift valleys.

c) The hot, ductile upper mantle rises like a hot-air balloon, elevating the topography and generating magma that leads to volcanic activity along the fault boundaries. (From Lillie, 2005.)

Some of the National Parks and Monuments formed by continental rifting are:

‹ Overview of US Volcanic National Parks up Hot Spots ›