In Japan, the volcanic activities have changed scale and characteristics of the eruptions.  During Miocene, the stress fields were located between northeast (NE) and southeast (SW) and frequentry moved thier positions..  The stress field produced a large size of batholiths underground and developed many caldera volcanoes on the surface.  After Miocene,  most caldera volcanoes disappeared while many stratovolcanoes were formed, because the stress fields changed  their directions from NE and SW to east and west (1).  Today, there are more than 80 historical volcanoes and 85 active volcanoes in Japan (2).  Also, the historical volcanoes that were formed in Miocene are used to study relationships between volcanic and plutonic activities.  Also, active volcanoes that were formed after Miocene are used to develop models and study volcanic hazards. 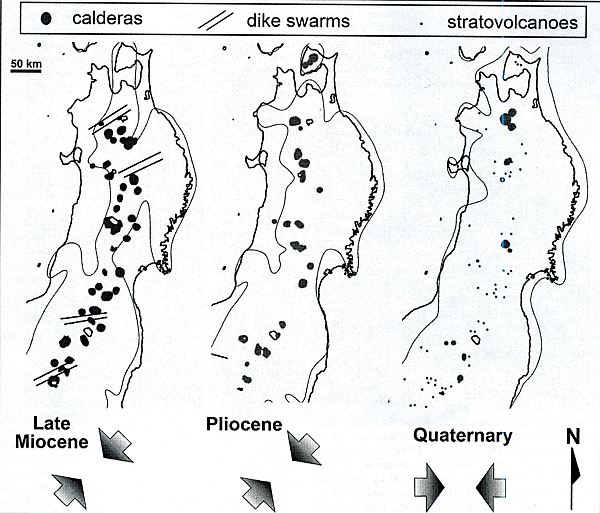