A tsunami is a huge sea wave, or also known as a seismic sea-wave. They are very tall and height and have extreme power. A tsunami is formed when there is ground uplift and quickly following a drop. From this, the water column is pushed up above the average sea level. Volcanic tsunamis can result from violent  submarine explosions. They can also be caused by caldera collapses, tectonic movement from volcanic activity,  flank failure into a water source or pyroclastic flow discharge into the sea. As the wave is formed, it moves in a vertical direction and gains great speeds in deeper waters and can reach speeds as fast as 650 mph. In shallow water it can still be as fast as 200mph. They travel over the continental shelf and crash into the land. This power doesn’t decrease when they hit land though, there is an extreme amount of energy when the water travels back towards its source. Approximately 5 percent of tsunamis are formed from volcanoes and approximately  16.9 percent of volcanic fatalities occur from tsunamis. (Tanguy, J.C. 1998)

Image 1 - This image shows how the eruption of a volcano on a waters edge causes a tsunami to form.

The debris avalance crashes into the sea once it travels down the volcanoes side pushing the water up as they meet. (Springer,L. 2005.).

Image 2 - This is a cartoon showing the uplift and drop of the ground.

As you can see, from this motion, the wave travels across the water growing in height until it hits a continent. (Springer,L. 2005.).

Tsunamis can affect an area larger than most other volcanic effects; greater than 25 km. These waves are great in size and power when heading towards land or boats but are miniscule out in open water. (Thorarinsson, S. 1979.) (Latter, J.H.  1981.) Deposits from tsunamis are generally thin layers of sand that go much further than the original tide’s edge. These sand deposits are taken from the tidal zone and transported inland during the occurrence of the tsunami. As the water recedes, it drags along sediments from inland back into the water source. The deposits are poorly sorted and many times contain pumice and lithic grains from the eruption.

On August 27, 1883, when Krakatoa erupted, it caused the largest and most disastrous volcanic tsunami in history. It grew to be as big as 40 meters tall. The wave was formed just under a minute after the explosion, and then close to fifteen minutes later an air wave formed with great power.  Sea levels rose and fell all over the world rose. (Choi, B.H. 2003.). This tsunami is through to have killed over thirty six thousand people and countless livestock. (Tanguy, J.C. 1998). There was a second explosion when the magma chamber collapsed allowing sea water to rush into the magma chamber forming a second, but smaller tsunami. This one was only about 10 meters in height.

Image 4 - This image shows where the flank and rock fell into the water and where the giant tsunami formed.

You can see where it radiated out from the source and continued to travel across the oceans.

The island of Thera, also known as Santorini, in Greece erupted 3600 B.P. during what is known as the Late Bronze Age. It was one of five volcanic islands located along the Hellenic arc. The caldera collapsed into the sea and the giant wave traveled across the Southern Aegean Sea as far as the western coasts of Turkey and Crete. Deposits contained macro and microfossils from deep-sea sediments and there was evidence of pyroclastic material and a lot of pumice. These sediments are known as homogenites. It was later realized that the graded deposits were well sorted and were overlain by tephra fallout from a later eruption. (Carey, S. 2001) The wave grew to be over 17 meters at its highest and 1.9 meters when it was just starting to form. In other areas nearby, waves grew to be between 7 and 12 meters in height.  (McCoy and Heiken, 2000.). Much of the area directly surrounding Thera collapsed from the pressure of the waves or were weathered away from pyroclastic material. Now, you can only see some of what is left of the dome sticking out from the water. There are no current estimates of the number of fatalities in the region. 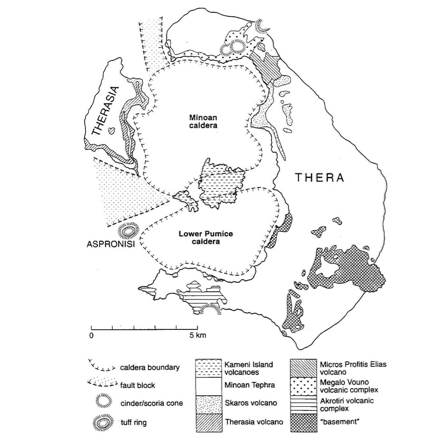 Image 5 - This image shows where the caldera collapsed and formed the initial tuff ring.

From the large amount of rock and ash falling into the ocean, the tsunami formed.

Now, there is only evidence of pieces of the caldera left above water. (McCoy and Heiken, 2000.).