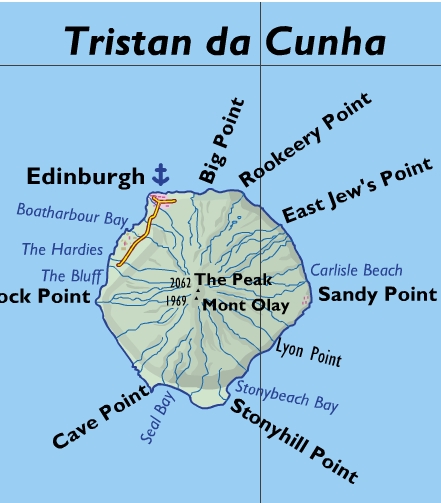 Tristan de Cunha is a stratovolcano that forms an island located in the south-central Atlantic Ocean. The volcano has a 300-m-wide summit crater and is composed pyroclastic deposits upon a base of low-angle lava flows. Numerous parasitic cinder cones are also found on the flanks of the volcano. The only historical eruption of the volcano occurred in 1961. This eruption took place along the north shore and forced the evacuation of the island's inhabitants.

According to a news report, a swarm of earthquakes occurred beneath Tristan da Cunha during the nights of 28 and 29 July. A scientist monitoring seismic activity from the Preparatory Commission for the Comprehensive Nuclear Test-Ban Treaty Organization, Vienna International Centre indicated that the main swarm lasted ~8 hours and occurred ~30 km below the volcano. After the swarm, there were a few individual earthquakes and then activity tapered off. 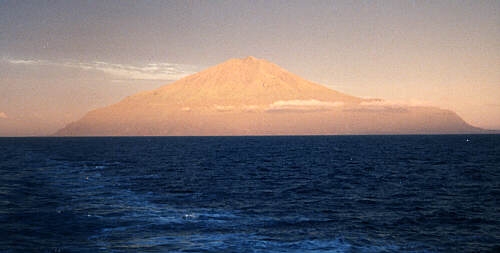 Click here to read an article from the Tristan Times (Sept 15, 2004)
regarding the recent activity including a statement from the island administrator.