The islands of the West Indies and the Lesser Antilles volcanic arc. Volcano locations from Simkin and Siebert (1994). 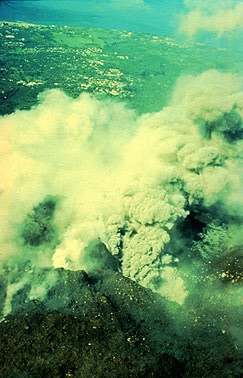 The first historical eruption observed in the West Indies was at La Soufriere, a stratovolcano, in about 1660. The volcano has erupted eight times since then, most recently in 1976-1977. All of the historic eruptions have been phreatic and about half of them have been explosive. During the year preceding the 1976-1977 eruption, seismicity increased gradually. The eruption lasted eight months and consisted of 26 phreatic explosions. Fiske (1984) described the problems caused by the volcanic crisis. Photograph by A.C. Whitmore, August 1976. The town in the background was evacuated. Photo courtesy of the U.S. Geological Survey. 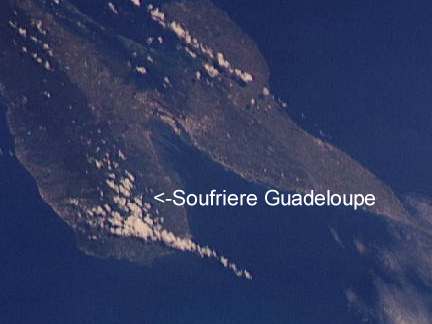