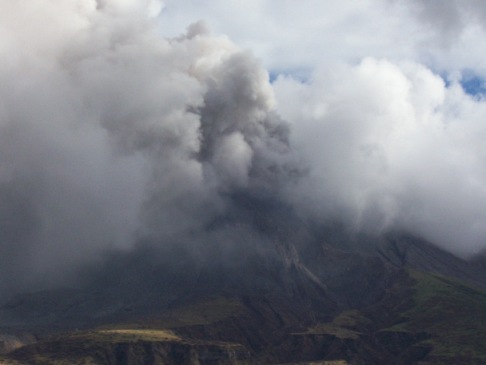 The complex andesitic Soufrière Hills volcano occupies the southern half of the island of Montserrat. The summit area consists primarily of a series of lava domes emplaced along an ESE-trending zone. Prior to 1995, the youngest dome was Castle Peak, which was located in English's Crater, a 1-km-wide crater breached widely to the east. Block-and-ash flow and surge deposits associated with dome growth predominate in flank deposits. Non-eruptive seismic swarms occurred at 30-year intervals in the 20th century, but with the exception of a 17th-century eruption, no historical eruptions were recorded on Montserrat until 1995. The initial small phreatic eruption produced minor ash that spread around the island. Periods of intense seismic activity were associated with strong venting of steam and ash. A new vent formed southwest of Castle Peak, an old volcanic dome. Long-term small-to-moderate ash eruptions beginning in that year were later accompanied by lava dome growth and pyroclastic flows that forced evacuation of the southern half of the island and ultimately destroyed the capital city of Plymouth, causing major social and economic disruption to the island. 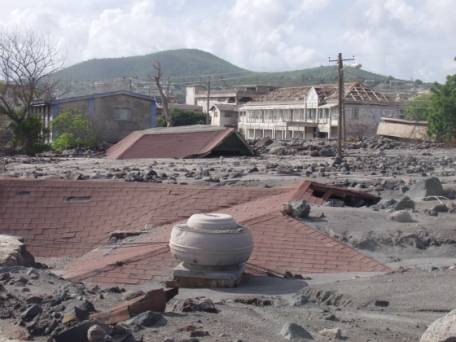 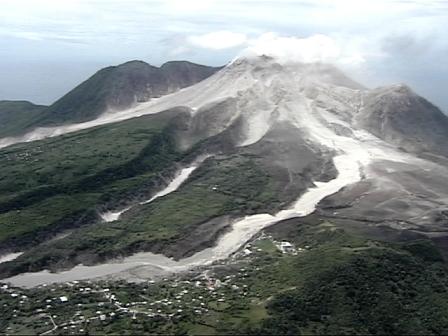 Additional, more detailed information is presented on the Volcanoes homepage of Michigan Tech University, which includes reports from the Department of Humanitarian Affairs - Geneva and the Smithsonian Institution's Global Volcanism Network.

Map of the Soufriere Hills Area