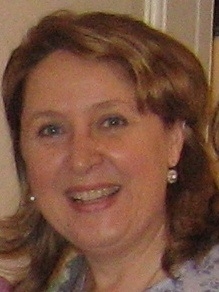 Sonia Calvari is a volcanologist with a degree in geology from Universita` della Calabria (Cosenza, Italy) and a PhD in volcanic hazard from Lancaster University in England. Since 1987, she has worked as a volcanologist at the Istituto Internaziona le di Vulcanologia (Institute of Volcanology) in Catania, Sicily. Most of her work is on Mount Etna in Italy, but she has also worked on Stromboli, the Iblean Mountains (Italy), Kilauea (Hawaii), Skye and the Lake District (England) and Colima (Mexico). Her main interests are volcano instability and lava flow emplacement mechanisms.


I decided to study volcanology after a visit at Stromboli volcano, while I was at university studying geology. To observe the strombolian activity and the explosions of bubbles from the magma that was filling in the crater was absolutely fantastic. This let me think of the power of nature and the possibility to understand more of its secrets. I believe that volcanoes are the quickest and more dramatic means that Mother Nature uses to change landscapes.

My most impressive experience was on 13th September 1989. I was with a few colleagues at 1 km distance from South-East Crater, 3000 m asl on the summit of Etna. At that time this crater was having almost continuous Strombolian activity, very close to fire fountains. I was inside a wooden house, where we spent all night watching the activity. In the morning, at 9:00 am, I was at the window, when I suddenly could feel the heat increase through the glass of the window. It was like a wave of heat, that let me understand that the activity was increasing too much and it was better to leave. We packed everything in our backpacks (what a silly thing to do while instead you need to run away!!!), and when we left the house it was too late. From the crater there was a 2-km high column going upwards, continuously increasing in height. This activity caused a very strong wind that was attracting us towards the crater, no matter how much we were trying to run away. I remember I had a quick look at the sky: it was completely black, a curtain of huge scorias was covering our heads. We tried to run away from the crater, when a woman that was with us fell. She had too many instruments with her. We helped her to get up, and I turned my head towards the South-East Crater, thinking: we are dead. In that moment everything disappeared. Lots of big bombs fell around us (2-3m wide!) but none fell ON us. All the smaller material was transported away by the wind. We were all safe! This episode lasted only 5 minutes, but in my mind everything was incredibly slow.


This episode made me judge more carefully the activity of the volcano, especially when it seems that there is no danger. As you probably know, on Etna there have been people (tourists) that died on the summit of the volcano because of phreatic explosions (9 people in 1979 and 2 in 1987), which are really unpredictable. In this occasion I could realize that also “normal” Strombolian activity can be dangerous.


Well, in that moment it wasn’t very funny, but it makes me laugh every time I think about it… I fell with my bottom on a bunch of “spinosanto”, a special plant that grows only on top of Etna above 2000m above sea level. The name means “saint spines” because the beautiful flowers hide many huge spines…


Another funny side of working on volcanoes is certainly the fact that, being a woman in an environment of predominant men, and especially being in Italy where to women is given much less consideration than in the States, you need to gain the respect of people working on volcanoes, as Etna’s guides. At first their attitude is that you won’t last for long doing this job. Now is 12 years that they see me going on the volcano, and I can say that they treat me like one of them.


I think it was when I realized that what I was doing was often very dangerous. But it didn’t make me wonder if I should change job, it made me know myself better, and now I know how to control panic.

What’s the most difficult thing about being a volcanologist?


During eruptions that last for long, it’s very hard to spend most of your days working, and being continuously stressed about the terrible consequences of lava invading villages, and to be able to be calm and discuss with the frightened population of the threatened villages. It is also very hard to cope with media during those episodes.


The fact that it is a continuous challenge. And this challenge involves both my body and my brain. My body because many places are hard to reach, my brain because I never end to learn and to have more curiosities.