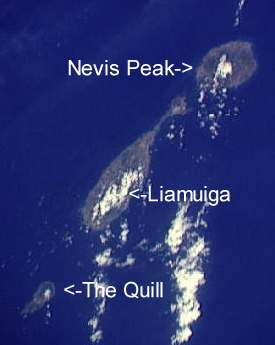 The Quill is a stratovolcano that forms part of St. Eustatius Island. The Quill has had three Holocene eruptions. Using the carbon-14 dating method, eruptions have been dated at 5990 and 5860 BC and 400 AD. The 5990 BC eruption was Plinian in style. All eruptions were from the central vent and produced pyroclastic flows.