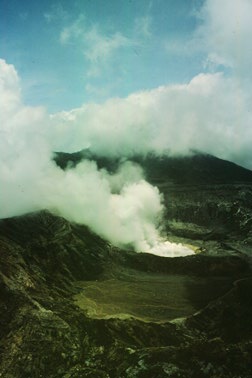 Poas is a stratovolcano with several eroded calderas, cones, and two crater lakes at or near its summit. Poas has erupted at least 39 times since 1828 and is in state of nearly continuous mild activity. Most of the eruptions are phreatic, caused by the interaction of lava and the water in the crater lake. Explosions vary in strength. Some explosions eject material about 1,500 feet (500 m) above the lake. This photo, taken on May 24, 1992, shows one of the craters at the summit. Note the steam rising from the active crater lake. The lake (and steam) is very acidic, with a pH less than one. Temperatures as high as 185 F (85 C) have been measured at the crater lake. Photograph copyrighted and provided by Steve O'Meara of Volcano Watch International. 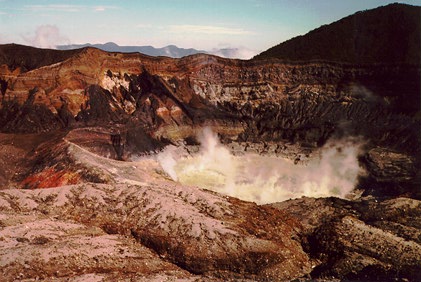 In 1989, the crater lake at Poas gradually drained away. Later, researchers found a pool of liquid sulphur about 6 feet (2 m) in diameter. This was the first observation of a liquid sulphur lake on the surface of the Earth. The sulphur is probably remobilized fumarole deposits. Sulphur volcanoes are active on Jupiter's moon Io. 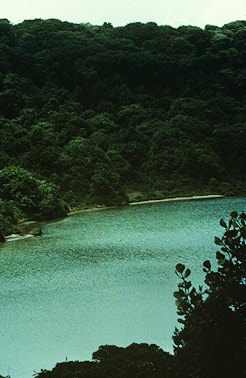 This photo shows the second crater lake on Poas. This lake is clear. Photograph copyrighted and provided by Donna Donovan-O'Meara of Volcano Watch International. 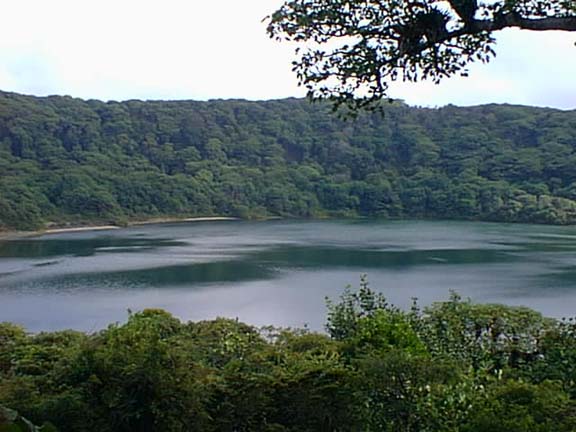 As of late 1995 intense fumarole activity continues at the summit of Poas near the crater lake.