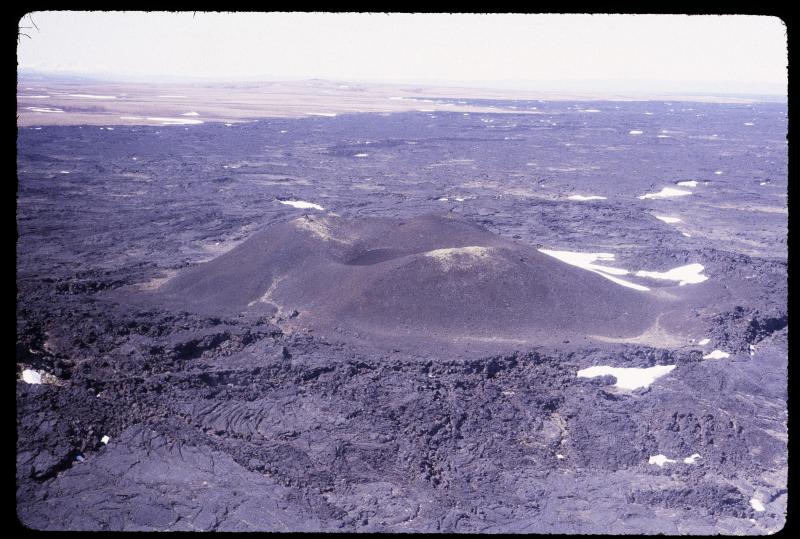 Monogenetic fields don't look like "volcanoes", rather they are collections of sometimes hundreds to thousands of separate vents and flows. Monogenetic fields are the result of very low supply rates of magma. In fact, the supply rate is so spread out both temporally and spatially that no preferred "plumbing" ever gets established; the next batch of magma doesn't have a pre-existing pathway to the surface and it makes its own. A monogenetic field is kind of like taking a single volcano and spreading all its separate eruptions over a large area. There are numerous monogenetic fields in the American southwest and in México, including Michoacan-Guanajuato, San Martín Tuxtla, Pinacate, and the San Francisco volcanic field.