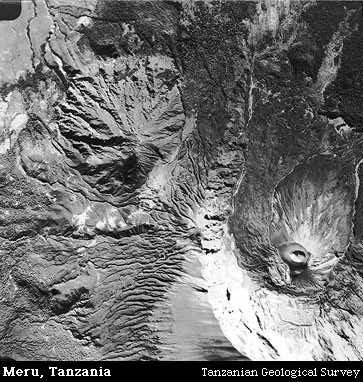 Meru is a stratovolcano in Tanzania. Its history has been quite explosive. It has had four eruptions, the last of which occurred in 1910. Lava erupted from Meru varies from thin flows to thick intusive domes. 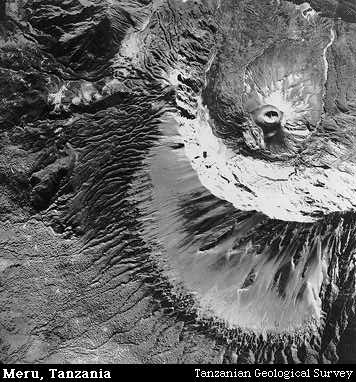 The main cone of the volcano has a caldera which is 2.2 miles (3.5 km) in diameter. It has a huge breach on its eastern side. A graben runs down the side of the volcano from this breach. Many debris flows came through the breach in the caldera. These cover 1500 sq km to the northeast, east and southeast. Following the eruption of this debris, a lava dome and ash cone grew on the floor of the caldera. 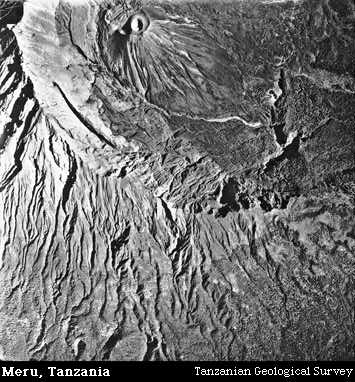