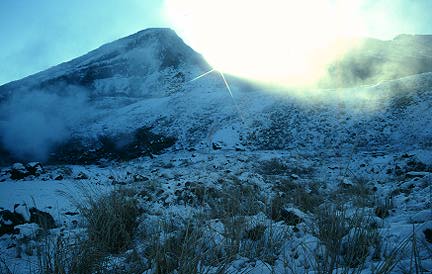 Kirishima is a shield volcano made from 20 different eruptive centers. Kirishima has erupted at least 67 times since 742 AD. The most recent eruption was in 1992. Eruptions produce pyroclastic material: scoria, lapilli, and ash. Lava has not been observed at any eruption of Kirishima in historic time. Five eruptions have caused fatalities. 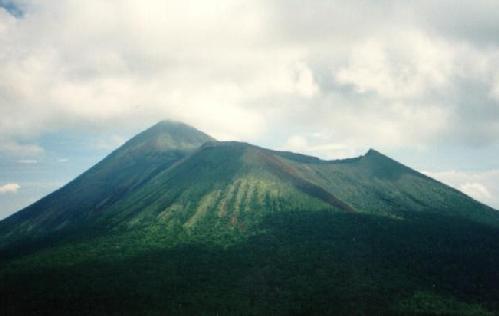 Takachiho-mine, a stratovolcano and the most sacred of the Kirishima volcanoes.
Photograph courtesy of and copyrighted by Mike Lyvers.

The next two photos show Kirishima's crater lakes with Kirishima volcano in the background. 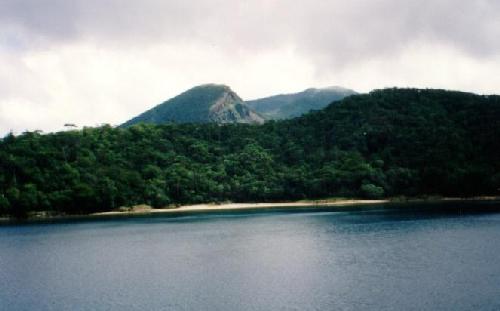 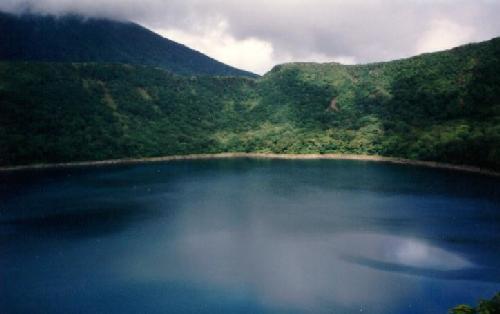 Photographs courtesy of and copyrighted by Mike Lyvers.