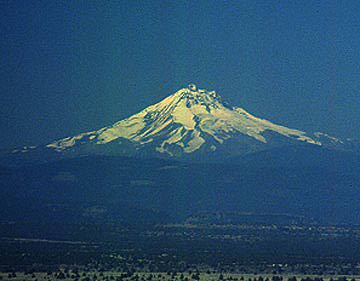 Mt. Jefferson is a stratovolcano made of andesite and dacite. It formed during two episodes. The earlier episode constr ucted a volcano that was probably higher than the present-day Mt. Jefferson. Glaciers carved deep canyons into this volcano. This episode ended with the growth of dacite domes near the summit and collapse of the domes to produce ash flows. The more recent episode of volcanism probably occurred when there were glaciers on Mt. Jefferson. The distribution of the lava flow has an unusual pattern. Instead of spreading out over a large area they are all stack on top of each other. This pattern was probably caused by the flows being contained in steep glacier valleys. The flows are also very glassy and have unusual joints, features that result from contact with ice.

Mt. Jefferson has not erupted in historic time. There is a suspected eruption at South Cinder Peak in 950 A.D. Jefferson erupted in 4,500 B.C. at Forked Butte, south-southeast of the main volcano.

Additional information about Mt. Jefferson is presented on the Cascade Volcano Observatory homepage of the U.S. Geological Survey. 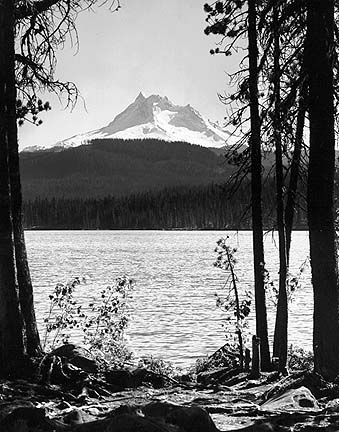 North flank of Mt. Jefferson. Olallie lake in the foreground.