Irazu is the highest volcano in Costa Rica. There have been at least 23 eruptions since 1723.

The most recent was from 1963 to 1965. It sent tephra and secondary mudflows into cultivated areas, caused at least 40 deaths, and destroyed 400 houses and some factories. That eruption had a maximum Volcanic Explosivity Index of 3. 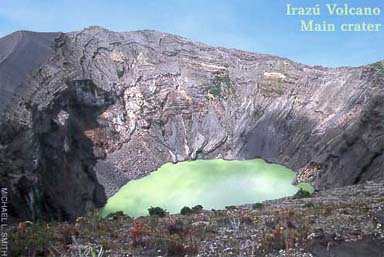