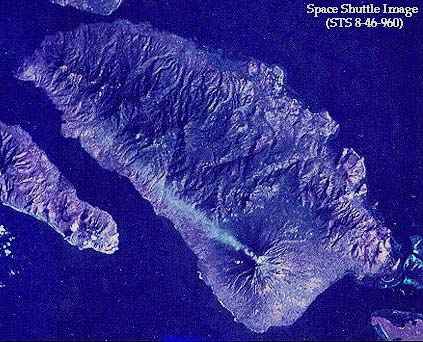 Iliboleng is a stratovolcano on the island of Adonara, in the Nusa Tengarra Island chain. 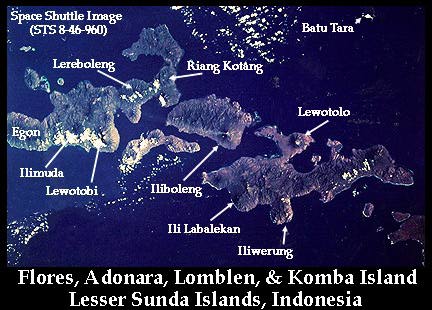 Iliboleng had a large eruption that started in April of1973 and continued on until April of the next year. During this eruption tephra was ejected from the central crater. The tephra destroyed the vegetation along its slopes. It has erupted at least 20 times since 1885 with its latest eruption occurring in 1993. 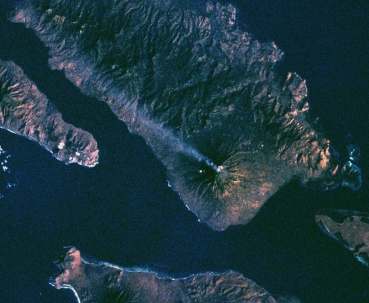 Note the eruption plume. Iliboleng erupted from May 1983 to April 1984.