Mount Hood (45.4N, 121.7W) is the tallest mountain in Oregon (11,237 feet, 3,426 m) and popular with skiers, hikers, and climbers. It is 45 miles (75 km) east-southeast of Portland, Oregon. Mount Hood is a stratovolcano made of lava flows, domes, and volcaniclastic deposits. Most of the volcano is andesite composition. The main cone of Mount Hood formed about 500,000 years ago. In the last 15,000 years the volcano has had four eruptive periods. During the most recent eruptive period, 250-180 years ago, lava domes collapsed and produced numerous pyroclastic flows and lahars which buried the southwest flank of the mountain. Crater Rock, a prominent rocky pinnacle just below the summit, is the most recent lava dome. Similar eruptions in the future pose the greatest risk to communities on the flank of the volcano. Photograph by Paul Doss, Colby College. 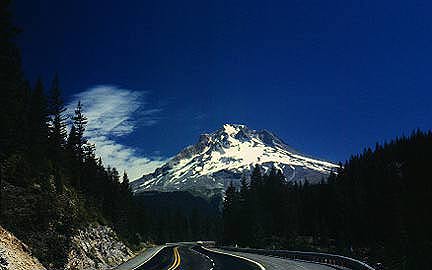 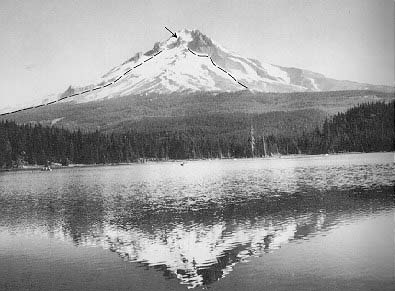 View of the south side of Mount Hood. The dashed line outlines the fan of pyroclastic flow deposits and mudflows that formed about 1,500-1,800 years ago. The remnant of a dome that erupted about 200-300 years ago is in the center of Mount Hood's crater (arrow). From Crandell (1980). 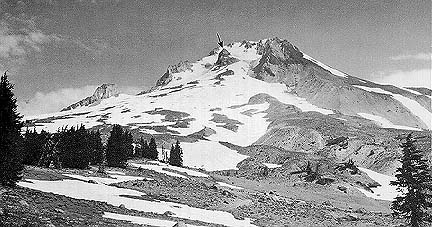 Additional information about Mount Hood is presented on the Cascade Volcano Observatory homepage of the U.S. Geological Survey. 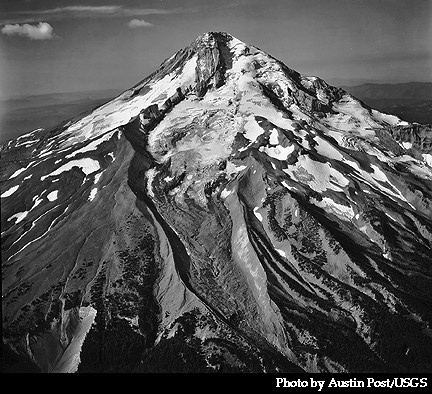 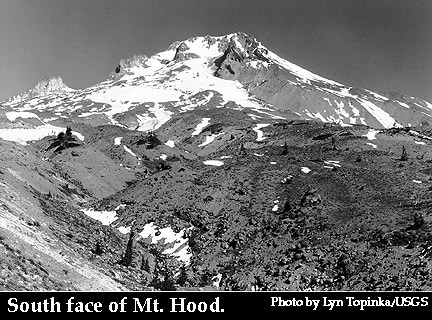