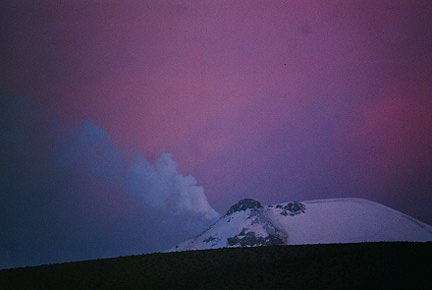 Guallatir is a stratovolcano in northern Chile. Guallatir has erupted at least four times since 1825. The most recent eruption was in 1985. 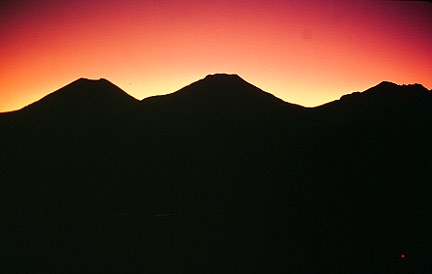 Above photographs by Steve O'Meara of Volcano Watch International. 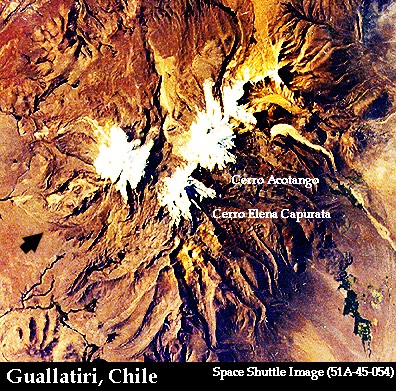 Guallatiri, one of the most active volcanoes in northern Chile, is the youngest volcano of three that make up the Nevados de Quimsachata range. Guallatiri, along with Cerro Acotango and Cerro Elena Capurata, form this volcanic range. Guallatiri is the southern most volcano in the Central Andes that has a permanent glaciated summit. In 1985 and 1987 whitish-yellow fumes were being expelled from a vent to a height of 500m every 30 minutes.