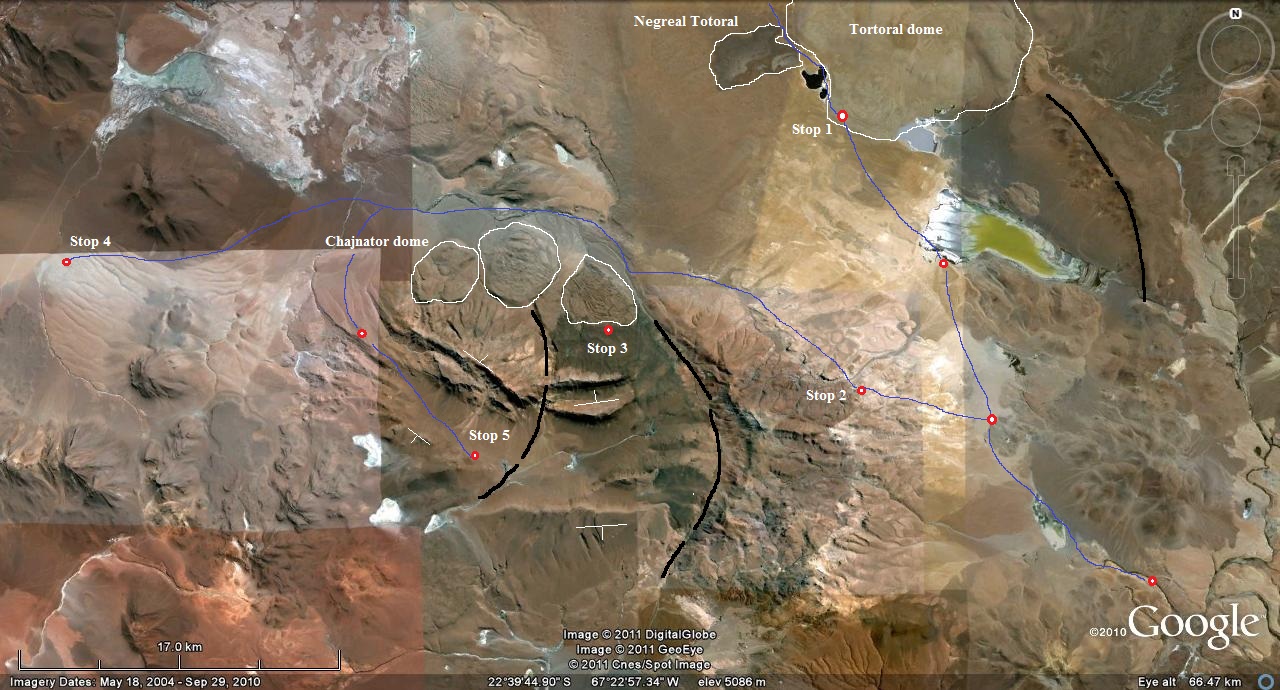 The 2010 field work done down Bolivia from October 20th to November 16th covered an area of 2948 km2 full of volcanic rocks from Los Lipez at the Altiplano, Southwestern of Boliva. Here  1150 km2 belong to the Guacha caldera and 10 days of this field season were dedicated to know and actually understand this enormous caldera.

Evidence shows the Guacha caldera experienced several episodes of eruption, collapse and resurgence. Some of those features are shown here aimed to solve the history of this volcanic center which geology is beautifully exposed in one of the highest, coldest and driest place in the world.