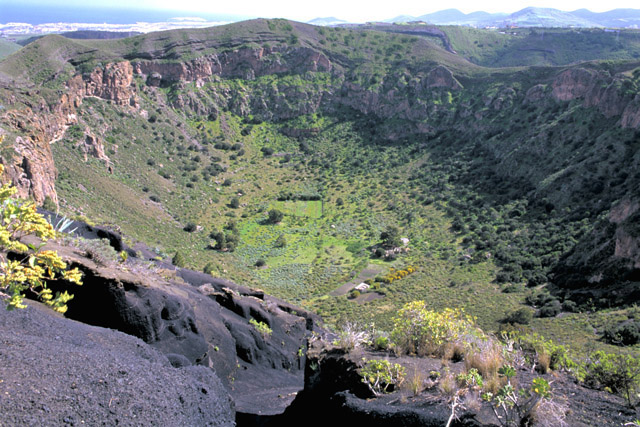 The Canary Islands are a group of seven major volcanic islands that extend for almost 300 miles (500 km) east to west about 60 miles (100 km) off the coast of northwest Africa. Volcanic activity of the island group spans 20 million years and becomes progressively older to the east.

The islands probably formed above a fixed hot spot and were carried eastward by the Atlantic Plate. The age for the main subaerial shield phase for Gran Canaria is about 14 million years.