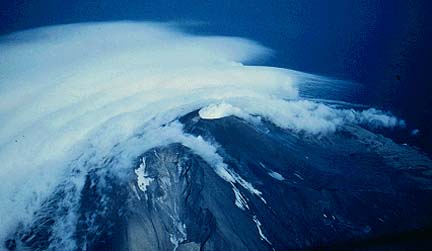 Gareloi is a small conical stratovolcano that erupted most recently in 1989.

The explosive eruption had a VEI of 1. Gareloi may have erupted as many as 15 times since 1760. Most eruptions were explosive with VEI of 2 or 3.

A spectacular eruption in 1929 produced 12 craters along a 2.5 mile (4 km) long fissure that extended from the summit to the ocean. 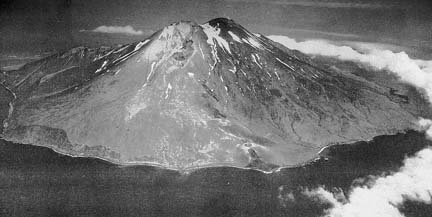 Aerial view of Gareloi volcano from the southeast. The fissure and craters from the 1929 eruption starts at the light colored area left of the summit. 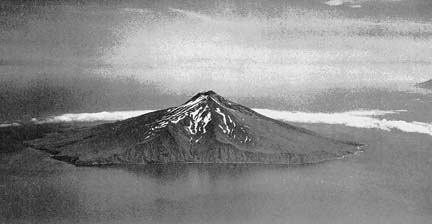 Aerial view of Gareloi volcano from the southwest.