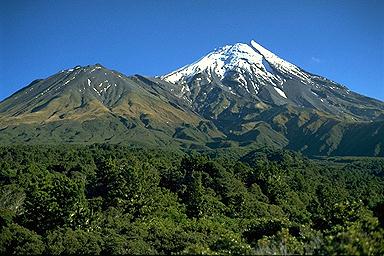 Egmont began forming about 70,000 years ago. By 35,000 years ago, a cone similar to the present mountain had formed. About 25,000 years ago, the northern part of the cone collapsed, generating lahars that traveled beyond the present coastline. This lahar deposit covers 75 square miles (200 square km) to a depth of at least 100 feet (30 m). The second major cone collapse and associated lahar deposit occurred between 16,100 and 6,970 years ago. The most recent major cone collapse was 6,970 years ago. It also produced a large lahar deposit. Egmont has erupted at least eight times in the last 6,000 years. Most of these eruptions have been explosive and from the central vent. Two flank eruptions produced Fanthams Peak and Southern Beehive about 1,300 years ago. The last eruption of Egmont was in 1755. 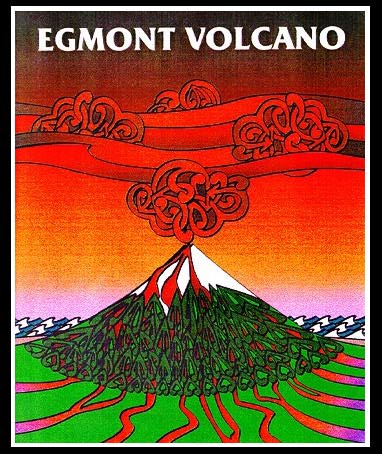 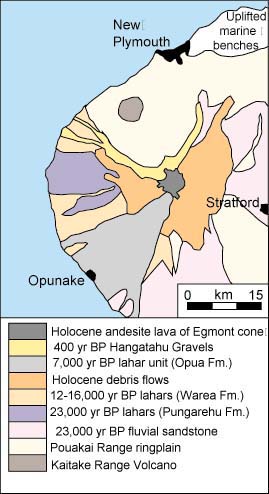 Quaternary geology of Taranaki. From Nairn and Cole (1975).