Pict 2.- Totoral dome on the background, Shan and Jason are standing over tha Guacha ignimbrite, northwestern scarp of Guacha caldera

Totoral dome.- Located at the northeast edge of the caldera the Totoral dome is composed of a sequence of pyroclastics flows, blocks and ashes deposits ~100 m thick. 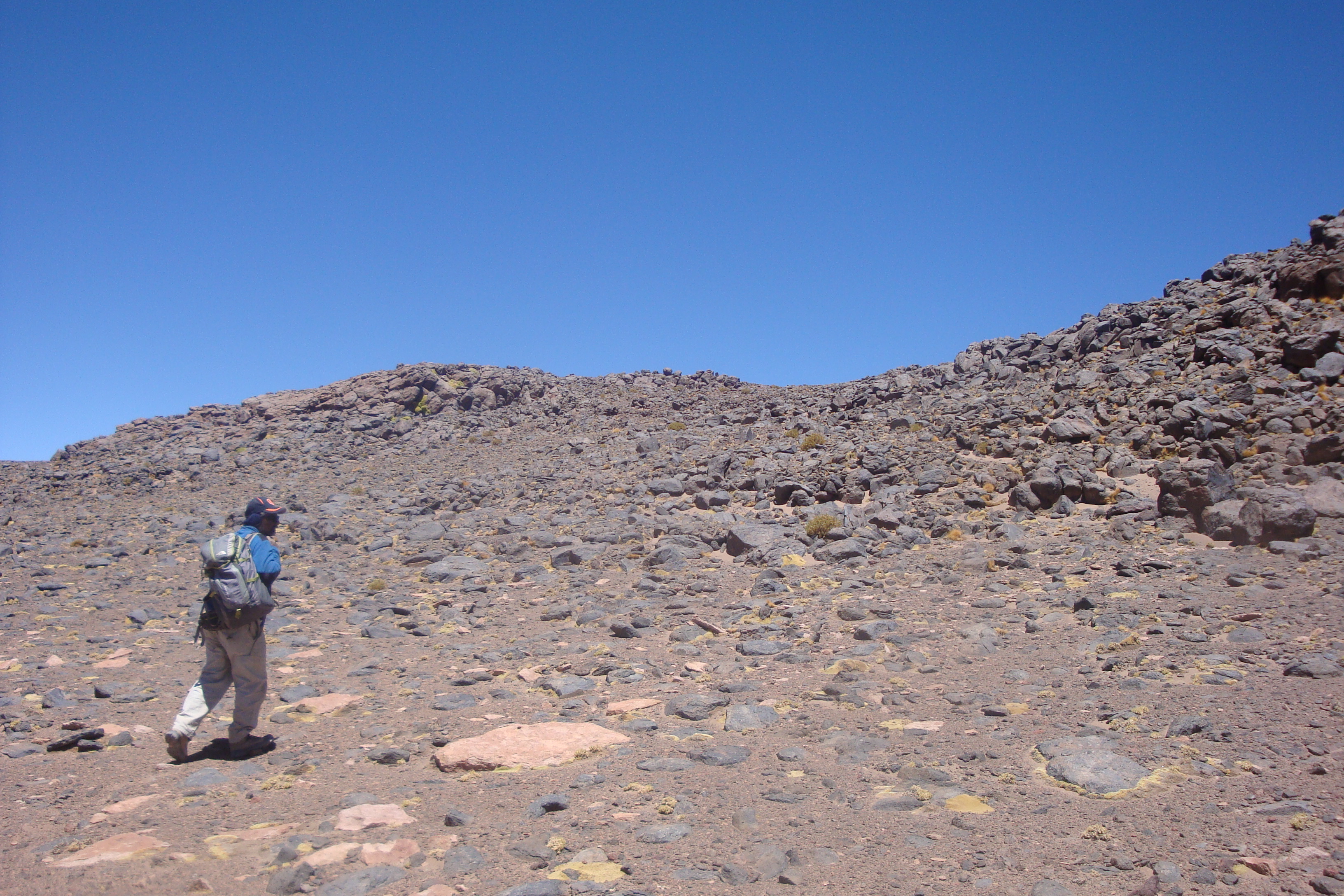 Pict. 3.- Shan walking toward the andesite outcrop located at the northwestern scarp of the caldera

Negreal del Totoral andesite.- A dark greenish isolated outcrop located to the west of the Totoral dome corresponds to one of the more mafic bodies belonging to the Guacha caldera. 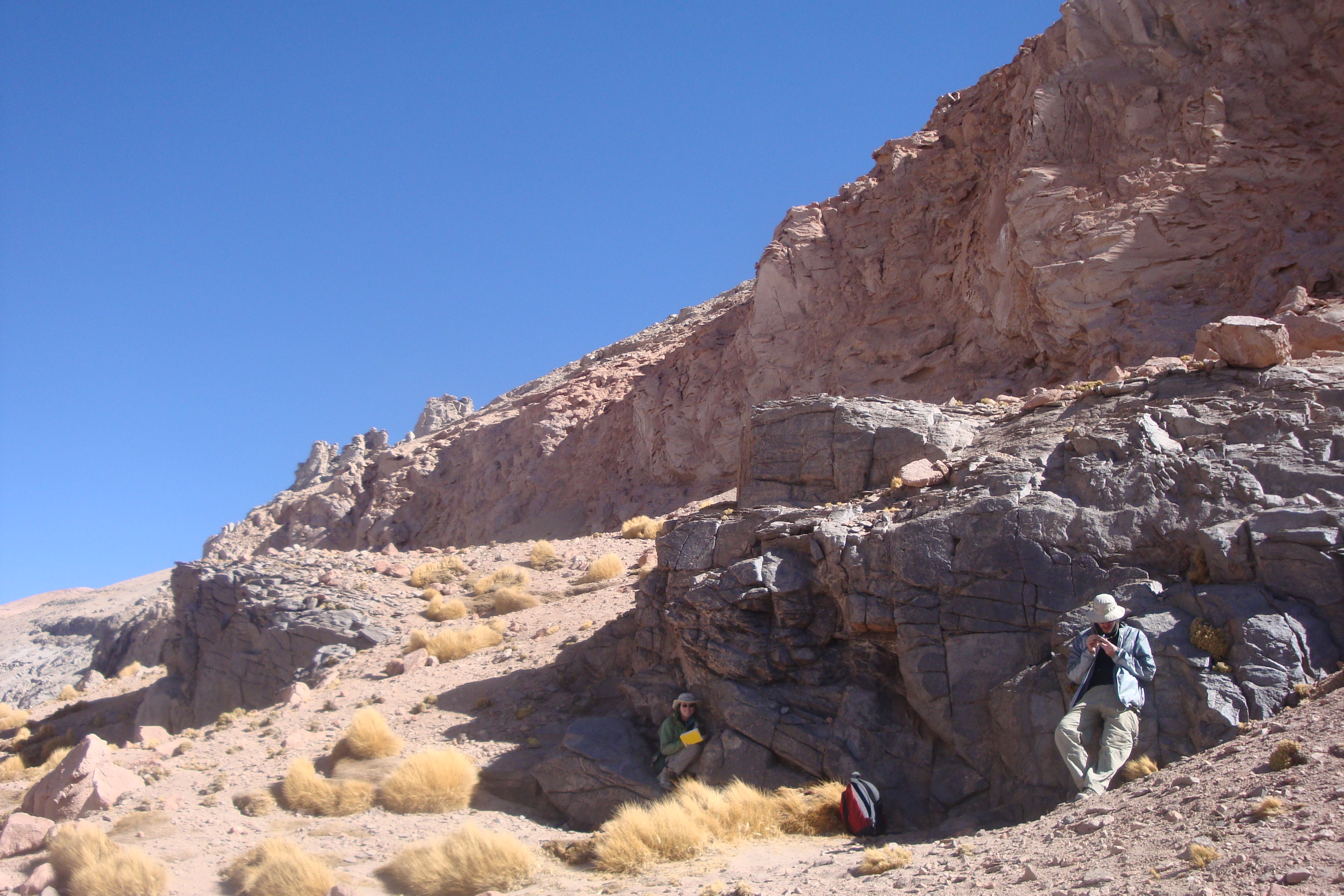 Pict 4.- Outcrop of proximal Guacha ignimbrite next to Laguna Busch. It seems that overlies over an older lava or a welded flow unit? 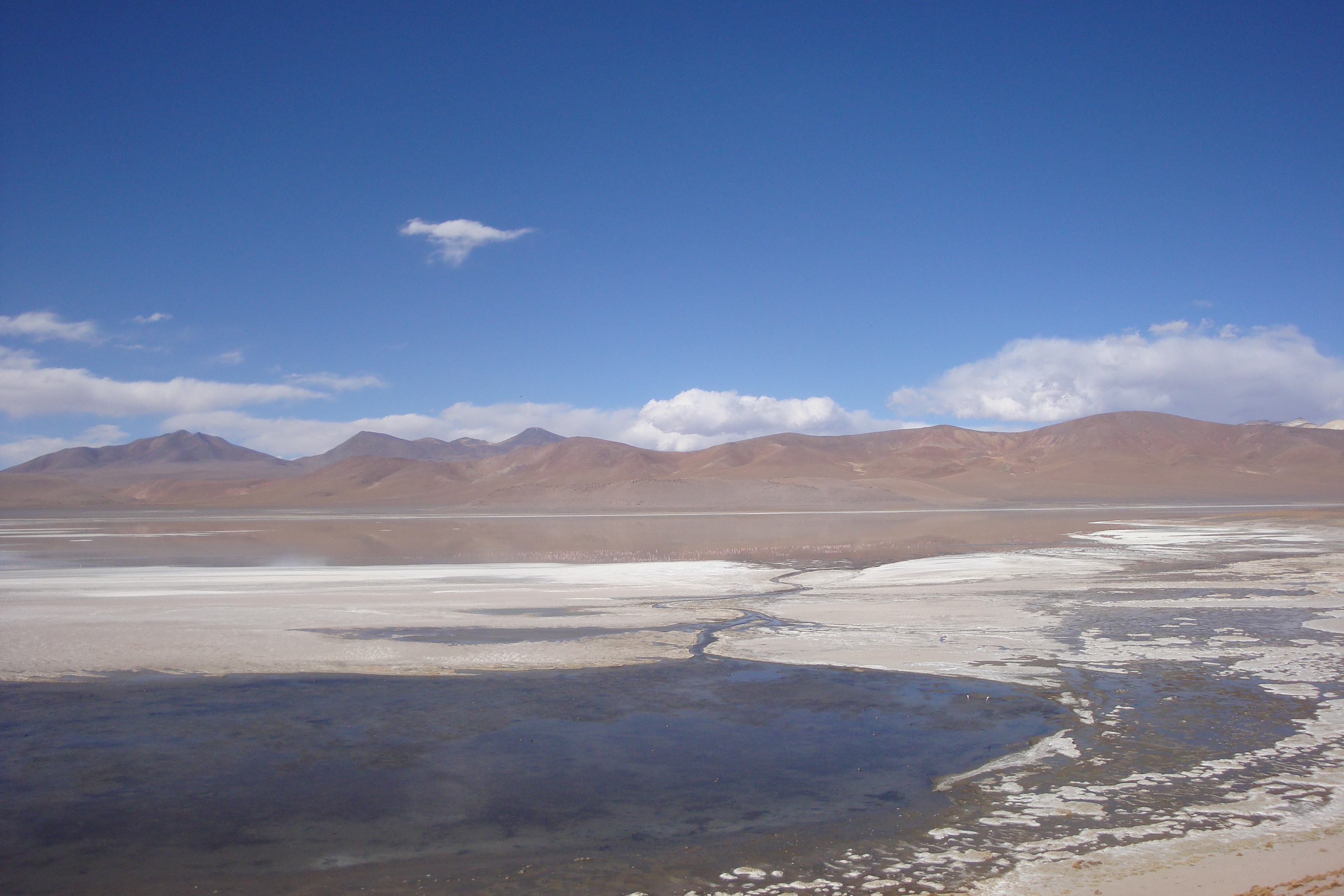 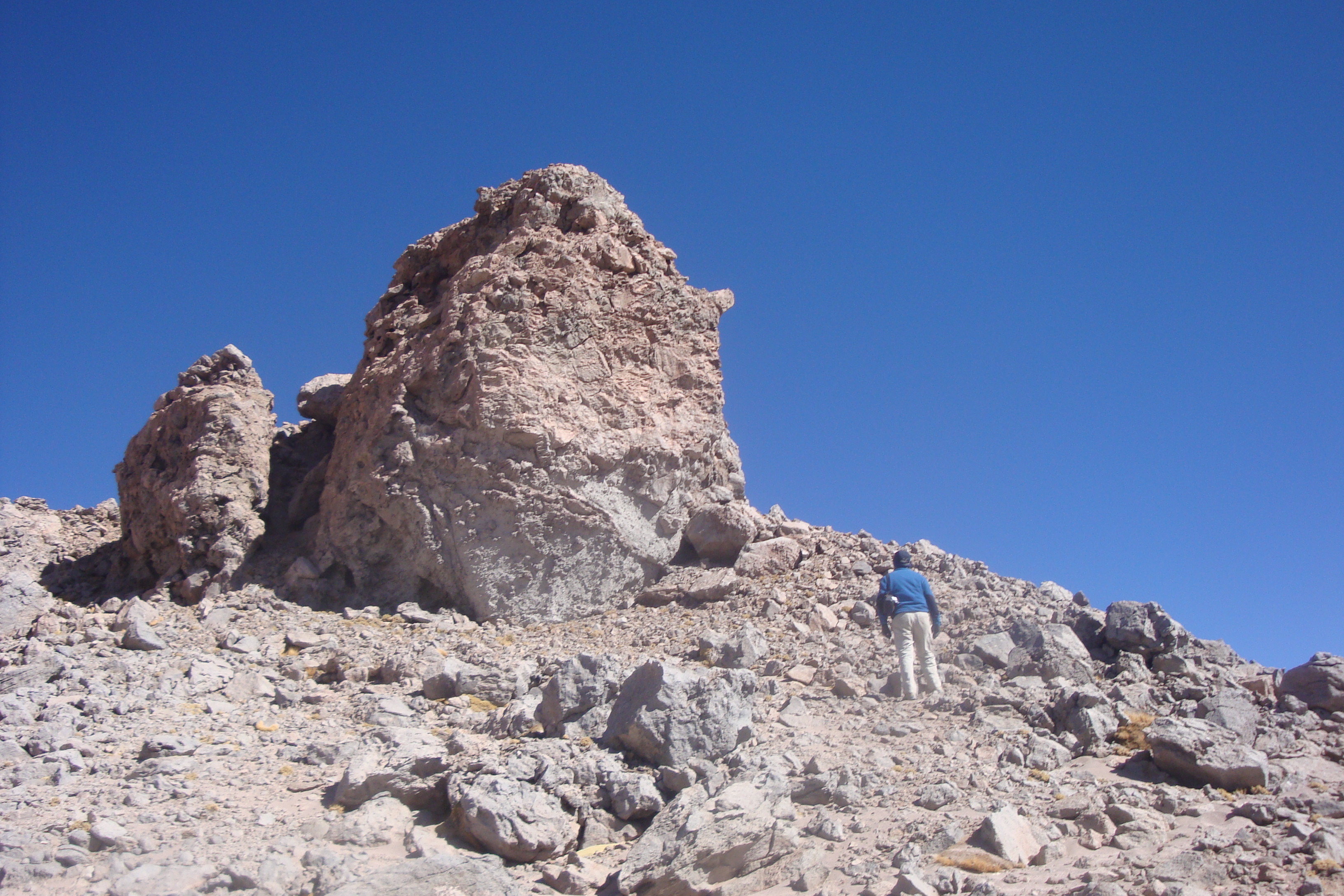 Pict 6.- Outcrop of younger (?) breacciated intrusives at the eastern scarp 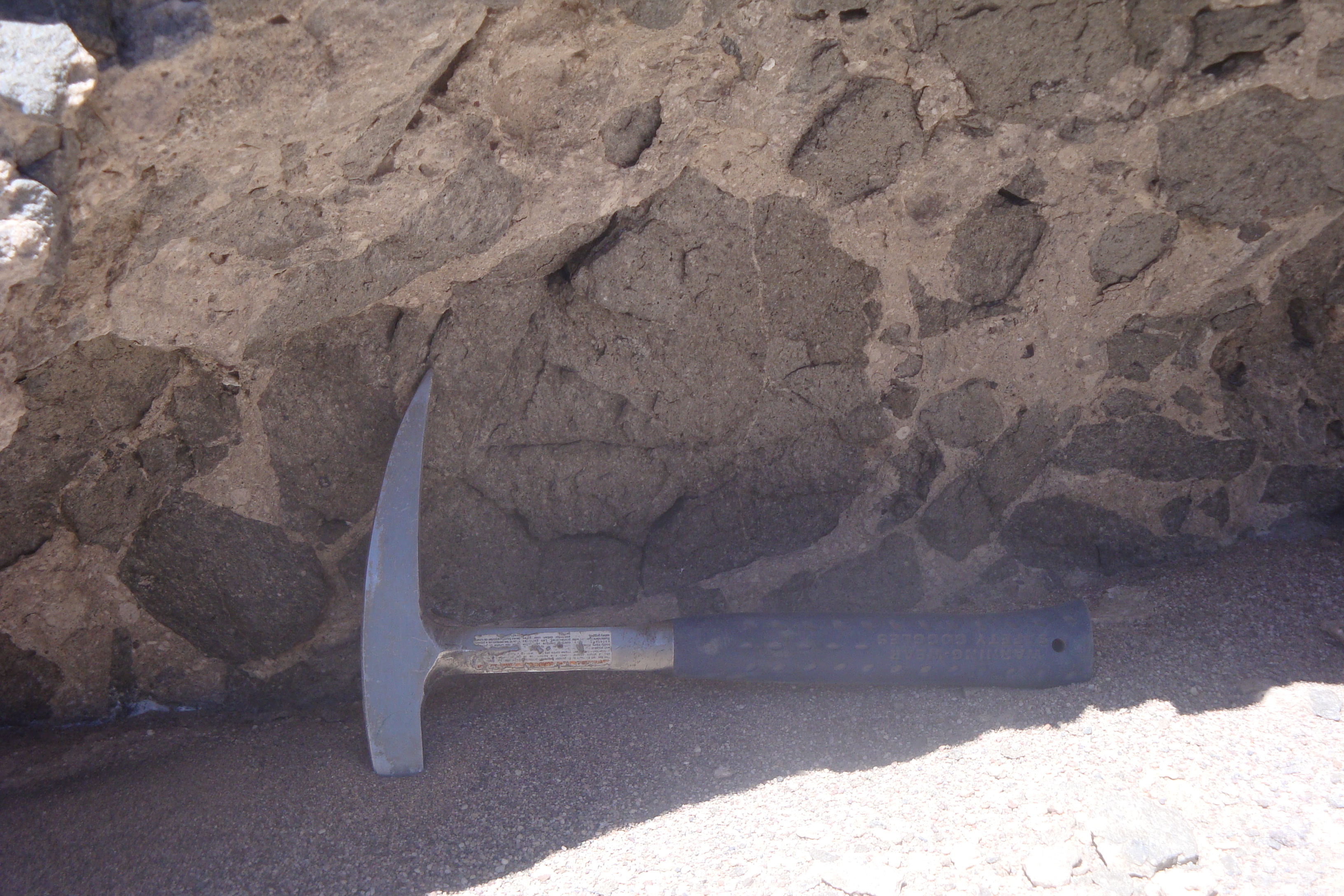 Brecciated Intrusives.-  Located at the eastern edge of the caldera arquate scarp a semi circular body of ~2 km diameter is made of brecciated intrusive (picts 6 and 7). To the north is bordered by sequences of sandstones, arcoses, conglomerates and travertines (?). 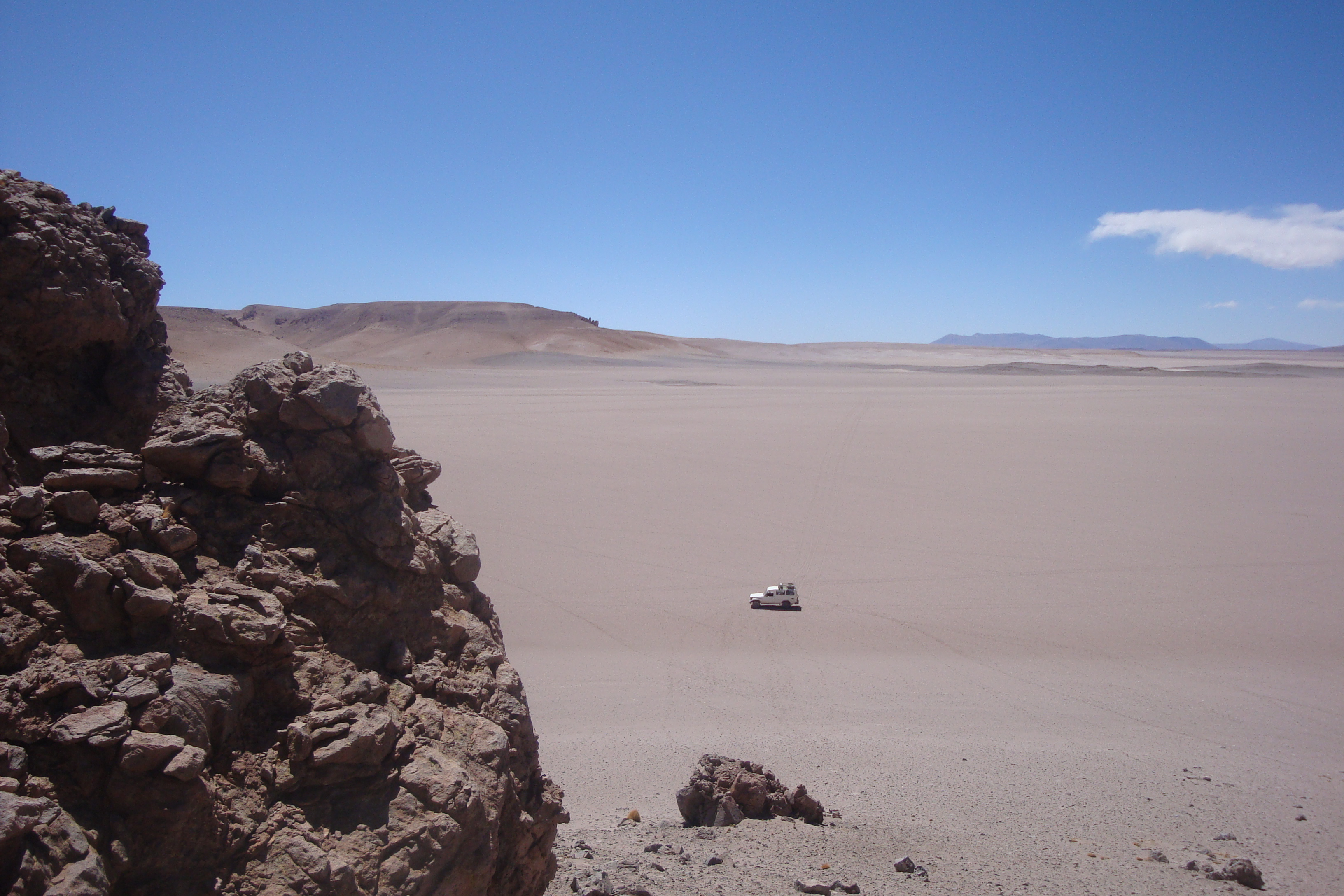 Pict 8.- East view of the moat  (summit of intrusive) 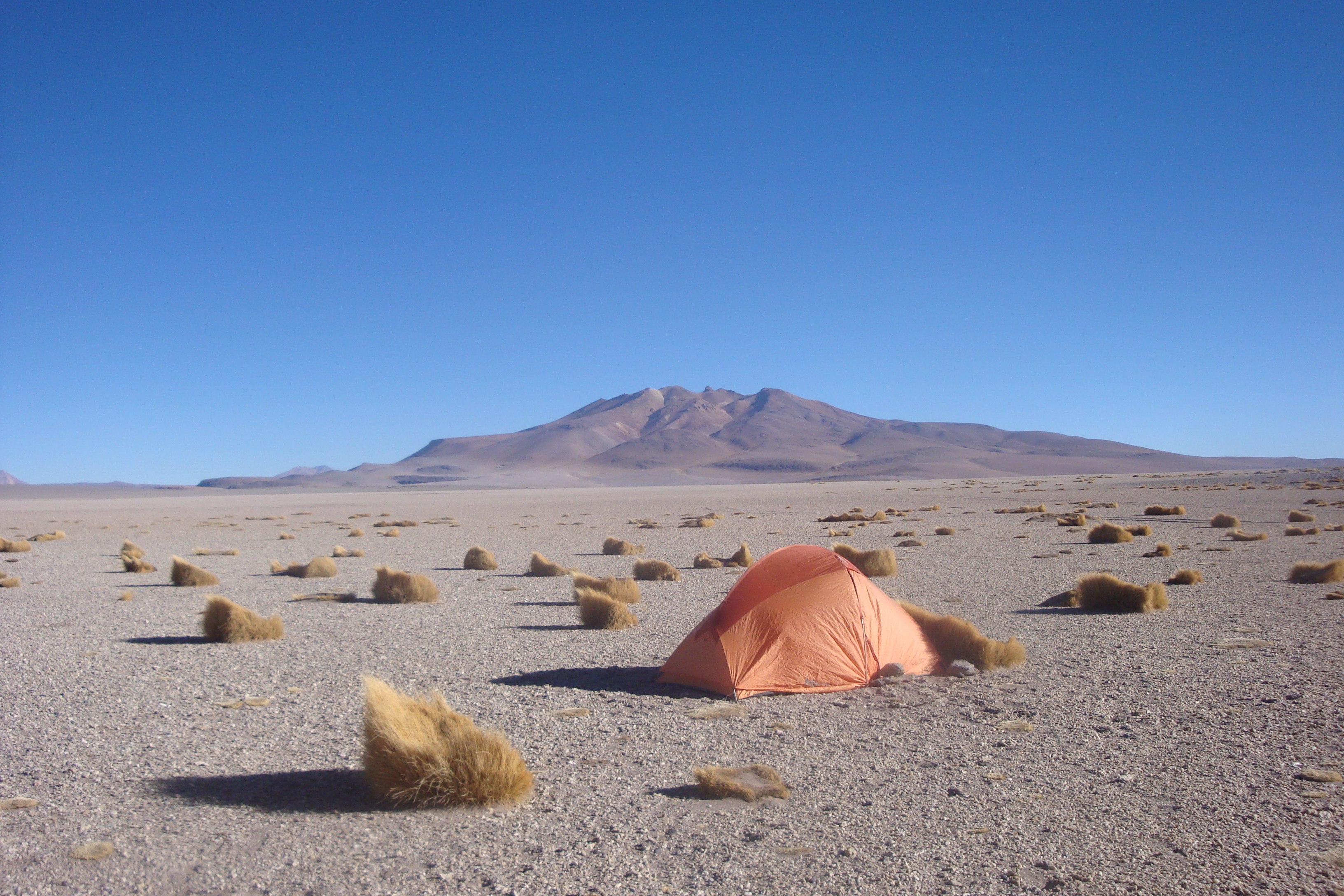 Pict 9.- Camp set on the East side of the caldera, the wind direction is inferred by “Paja Brava” plants alignement. On the horizont the Zapaleri volcano as triple point between Argentina, Chile and Bolivia

During that night (and some after) we experienced how cold and severe the winds are on this region, freezing temperatures, several grades below 0˚C, make freeze our own breathe inside the vents! ... anyway the landscapes worth it!!. On picture 9, Jason vent is experiencing the severe wind suggested by the lineated plants (Pajas Bravas). On the background the Zapaleri volcano, which is the triple point were Argentina, Bolivia and Chile met