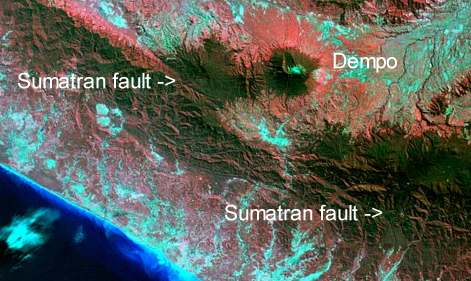 Dempo is a stratovolcano with 24 eruptions between 1817 and 1974. Most of the eruptions are moderate in size (VEI=2) and explosive. Six eruption between 1900 and 1939 involved crater lakes and were phreatic. Four eruptions have caused damage, including the most recent eruption in 1974, but there have been no casualties. Image courtesy of the Landsat Pathfinder Project.