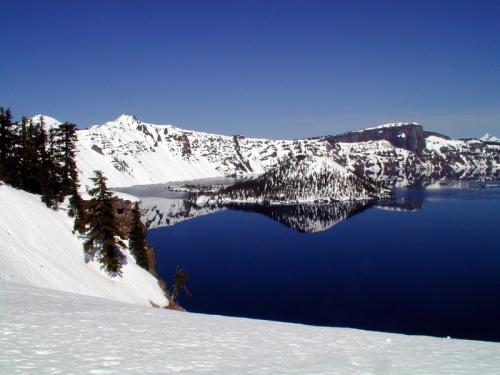 About 6,850 years ago Mount Mazama, a stratovolcano, collapsed to produce Crater Lake, one of the world's best known calderas. The caldera is about 6 miles (10 km) wide. The catastrophic pyroclasticeruption released about 12 cubic miles (50 cubic km) of magma to the surface. It was one of the largest eruptions in the last 10,000 years. 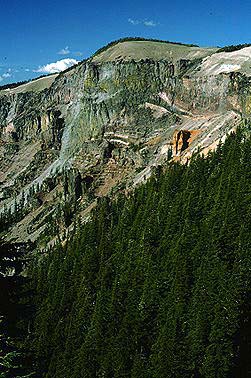 Mount Mazama was one of the major Quaternary volcanoes of the Cascade Range. The summit of Mount Mazama was between 11,000-12,000 feet (3,300-3,700 m) prior to the climatic eruption. The history of the volcano is revealed by detailed study of the rocks exposed in the caldera wall and mapping of deposits on the flank of the volcano. This photo shows the east wall of the caldera. Photograph by Steve Mattox, August 1987. 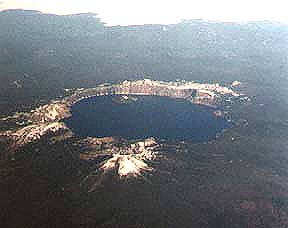 Distribution of ash from the eruption of Mount Mazama. Figure 1 of Williams and Goles (1968). 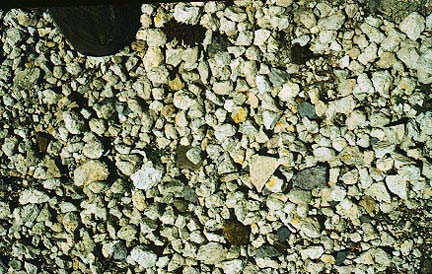 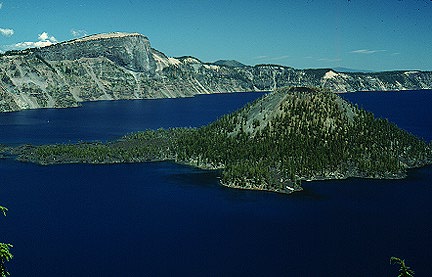 Volcanism continued after the caldera formed. Within a few hundred years cones had formed inside the caldera. Eventually, the crater filled with water. Wizard Island is the top of one of the cones. Llao Rock forms the step cliff along the caldera wall in the top left of the photo. Photograph by Steve Mattox, August 1987. 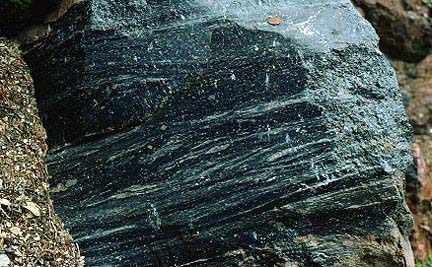 Llao Rock is obsidian of dacite composition. It erupted from Mount Mazama about 7,015 years ago. This close up shows the glassy nature of the dacite and flow banding. Photograph by Steve Mattox, August 1987.

Additional information about Mount Mazama and Crater Lake is presented on the Cascade Volcano Observatory homepage of the U.S. Geological Survey.