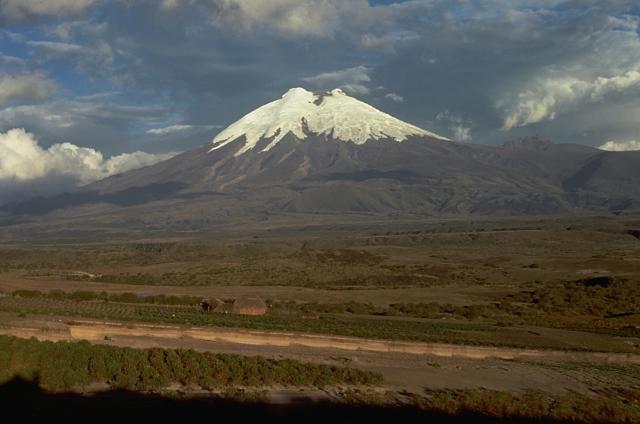 Symmetrical Cotopaxi is one of the most prominent volcanoes that line both sides of the Interandean valley along Ecuador's "Avenue of Volcanoes." Cotopaxi, one of Ecuador's most active volcanoes, has produced more than 50 eruptions since the 16th century. Glaciers cover the upper part of the cone from 4700 m altitude on the west flank, seen here, to the 5911-m-high summit. Devastating lahars in historical time swept this valley before turning south and then east into the Amazon basin. Lahars to the NW reached the Pacific Ocean.

Cotopaxi is a stratovolcano that has erupted 50 times since 1738. The 1877 eruption melted snow and ice on the summit, which produced mudflows that traveled 60 miles (100 km) from the volcano. The most recent eruption of Cotopaxi ended in 1904. Reports of an eruption in 1942 have not been confirmed. The most recent activity was an increase in steam emissions, melting snow, and small earthquakes from 1975-1976.

The right image above shows a Global Positioning System (GPS) receiver at Cotopaxi Volcano, Ecuador uses data transmitted by orbiting satellites to locate points on the ground. The USGS has made baseline GPS measurements at several volcanoes in the United States and in Latin America. In the event of an awakening of one of these volcanoes, GPS receivers would be set up at these points again to determine whether or not measurable deformation had occurred and to monitor for precursory deformation that might herald an eruption. 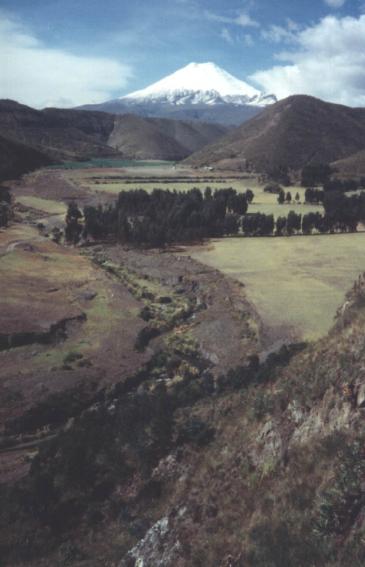 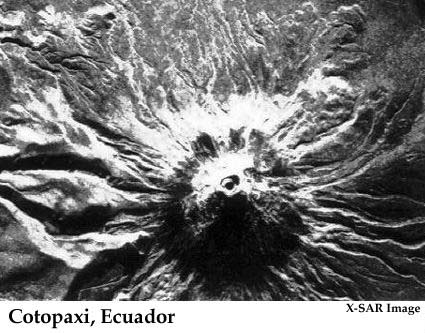 A view from the summit of Cotopaxi with Antisana to the left and Chimborazo to the right. Copyrighted photo by Timothy Burns .

A view of the crater on the summit of Cotopaxi. Copyrighted photo by Timothy Burns .

Another view of the crater at the summit of Cotopaxi. Copyrighted photo by Timothy Burns.