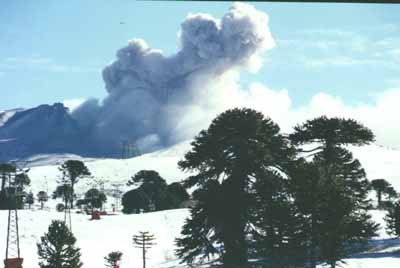 The Copahue Volcano is a stratovolcano with a composite cone situated on the central Argentine-Chilean border. The 8-km-wide caldera formed 0.6 million years ago near the NW margin of the Pliocene. The eastern summit crater contains a briny crater lake and displays intense fumarolic activity. Since the 18th century, infrequent explosive eruptions have been recorded. About 1,800 volcanoes are located on the Argentine-Chilean border. Approximately 28 of the volcanoes are considered active and represent about 20% of the Earth's active volcanoes. 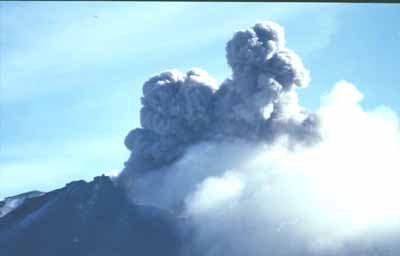