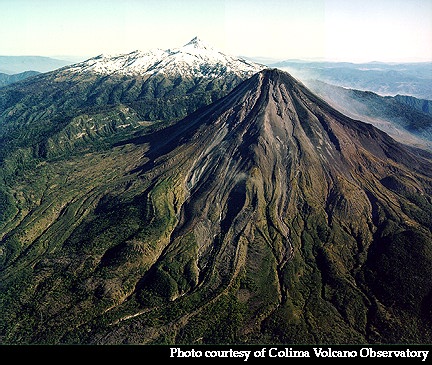 Located about 125 km (75 miles) south of Guadalajara, and cutting across the Mexican states of Colima and Jalisco the 13,325 ft. Colima (19.5N, 103.5W) is the most active volcano in Mexico. The activity depicted occurred in early March 1991. Avalanches of ash and gas from the summit were followed soon after by lava flows and more ash and steam from the caldera. A steam plume can be seen drifting eastward from the summit and scars from the earlier avalanches can also be seen on the southwest slope of the volcano.

The Colima Volcanic Complex is made up of two main stratovolcanoes. The older of the two is called Nevado de Colima and has an elevation of 4,200 m. The younger volcano ,Volcan de Fuego or Volcan de Colima, is about 200 meters smaller and is located 5 km south of Nevado. 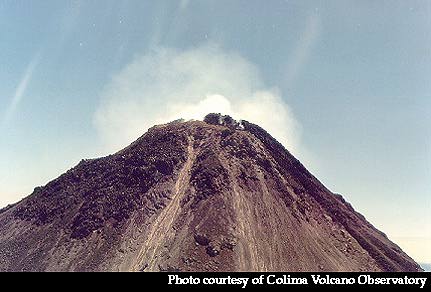 This eruption was characterized by its ash flows and the formation of a summit crater measuring 300 meters in depth. 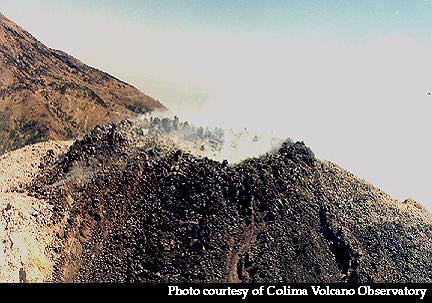 The mountain remained dormant for forty-four years before it once again became active.

In 1961 Colima had an eruption that sent a small lava flow down its northern slope.
Then again in 1975 a much larger lava flow occurred to the north and southeast. 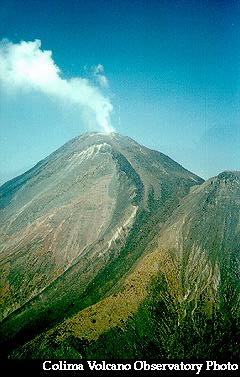 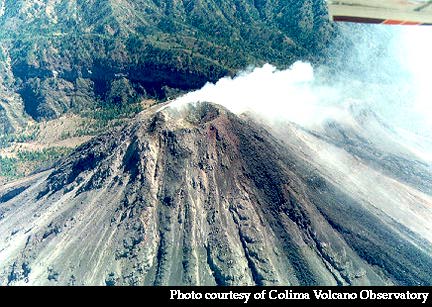 Colima's activity in the 80's was characterized by small sporadic flows of lava and frequent avalanches from its summit. 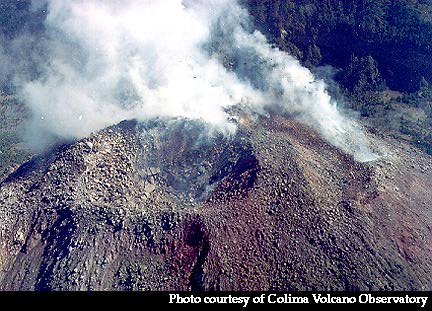 Close-up of 1994 explosion crater.
Most recently in 1987 and then again in 1994 Colima reverted back to its more violent nature of erupting explosively.

Sources of Information and photos: