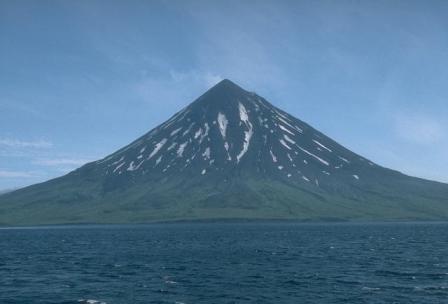 Right:  The beautifully symmetrical Mount Cleveland forms the western half of Chuginadak Island. The 1730-m stratovolcano is one of the most active volcanoes of the Aleutian Islands. This July 24, 1994, view from the west shows the summit region darkened by ashfall that may have originated from an eruption reported on May 25. Dark lava flows from earlier eruptions can be seen on the flanks of the volcano.  Photo by Michelle Harbin, 1994 (courtesy of U.S. Geological Survey). 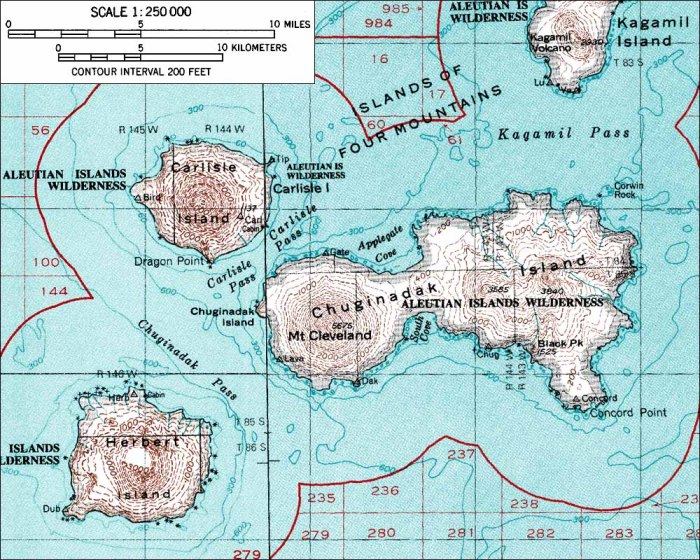 Numerous large lava flows descend the steep-sided flanks of the volcano. It is possible that some 18th to 19th century eruptions attributed to Carlisle should be ascribed to Cleveland (Miller et al. 1998). Cleveland produced the only known fatality from an Aleutian eruption. While a small number of soldiers were stationed on the island, one was killed during the eruption in June of 1944. A brief eruption in May of 1994 sent ash to 10.5 km. Recent eruptions from Mount Cleveland have been characterized by short-lived explosive ash emissions, at times accompanied by lava fountaining and lava flows down the flanks. 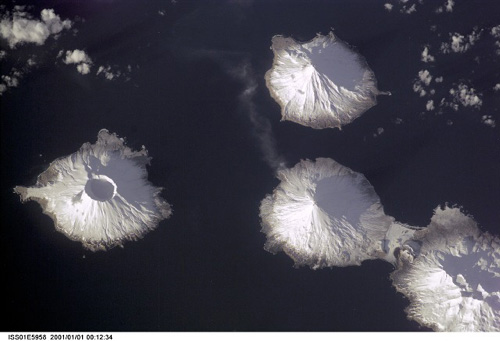