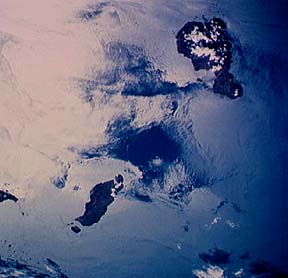 Camiguin de Babuyanes is a stratovolcano that forms the southwestern end of Camiguin Island. Most of the volcano is covered by forest.

There has been a single historic eruption on the southwest flank prior to 1857. The eruption was phreatic and moderate in size (VEI=2). 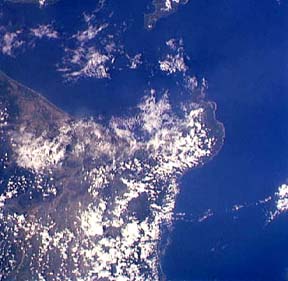 Mt. Cagua (a Holocene stratovolcano with an eruption suspected in 1860) is hidden by the clouds that obscure the peninsula near the center of the photo.

Camiguin de Babuyanes is the island at the top of the photo.