This simple demonstration conveys many of the concepts about how these features form.

The following items are needed: 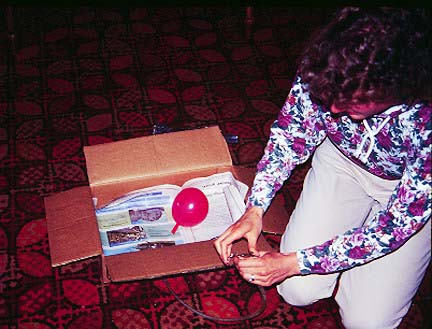 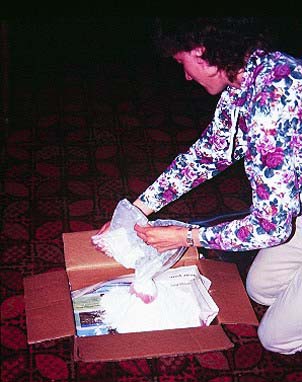 Bury the balloon under a cone of flour. 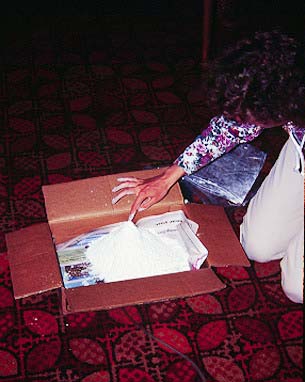 Sculpt the flour into the shape of your favorite volcano. This teacher is making her favorite Alaskan stratovolcano. The gas pressure in the balloon holds up the top of the cone. In volcanoes the gas dissolved in the magma exerts pressure on the surrounding rocks. For most of the history of the volcano the pressure is great enough to hold up the summit of the volcano. 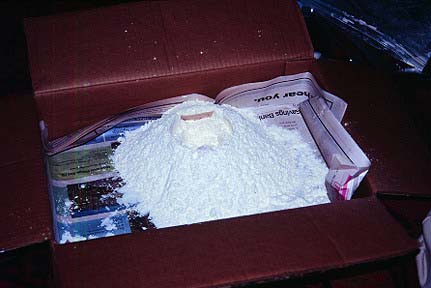 Open the clamp and let the balloon deflate. The flour at the top of the cone collapses because there is not enough force to hold it up. In volcanoes, a large ash eruption or removal of magma to a deeper level reduces the pressure and causes the rocks at the summit to collapse. A large collapse associated with an eruption forms a caldera.

A smaller collapse associated with removal of magma to a deeper level forms a pit crater.

Note: this demo shows a crater or caldera forming at the summit of a stratovolcano. To demonstrate how pit craters form on shield volcanoes use a smaller box and enough flour to make the surface almost horizontal.

How this demonstration is like real calderas and pit craters:

How this demonstration is NOT like real calderas and pit craters:

Steve Mattox wishes to thank the participants in Volcanology for Earth Science Teachers for sharing their ideas and enthusiasm.