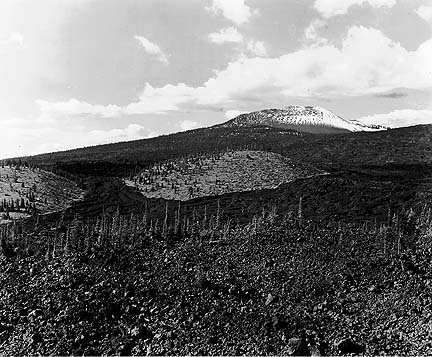 Belknap is a shield volcano on the crest if the High Cascades of Oregon. This photo shows the central vent and associated lava flows. A kipuka of older lava is near the center of the photo. The volcano began erupting about 3,000 years ago. Most of the main shield formed between 1,775 and 1,496 years ago. Photo courtesy of the Oregon State Highway Tourism Division.