Bandai is a stratovolcano with a caldera in northern Honshu. Bandai has erupted four times between 806 and 1888. Most of the eruptions were moderate to moderate-large in size (VEI=2-3). The exception was the 1888 eruption which was large (VEI=4) and formed at least part of the caldera. It included a debris avalanche that buried several villages. The volume of the avalanche was 1.2 cubic kilometers. Although the eruption lasted only one day it killed at least 461 people. About 70 people were burned and scarred by pyroclastic surge. 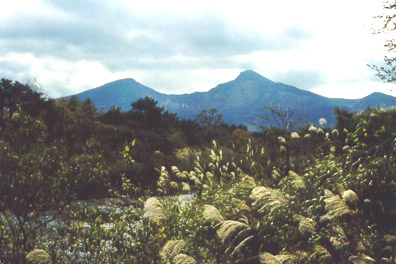 One of the many lakes at the foot of Bandai in depressions in the debris avalanche flow from its St. Helens-type eruption in 1888. 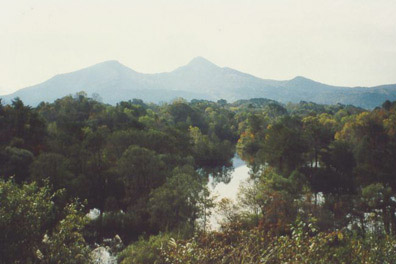