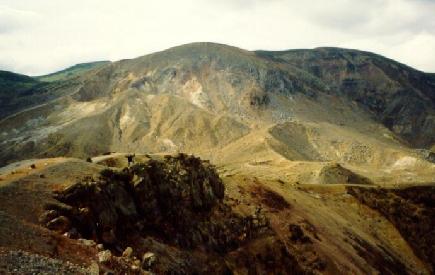 In 1893, two geologists were killed at Azuma by falling stones. The most recent eruption was in 1977. It was small and lasted less than one day.

Image credit:  Leslie Sonnenschein. Note hiker at the edge of the crater.