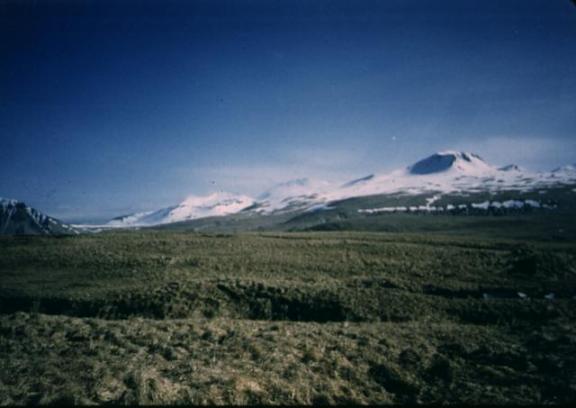 The 200 cu km Atka volcano is the largest volcanic center in the central Aleutians. A central shield volcano and caldera is ringed by 7 or 8 satellitic volcanoes.

This view, from near Atka village, shows 1533-m-high Korovin volcano, the highest and northernmost of three Holocene stratovolcanoes of the Atka volcanic complex.

Korovin has been the most active during historical time, but Sarichef and Kliuchef volcanoes may also have had historical eruptions.

The largest volcanic center in the central Aleutians, Atka consists of a central shield and Pleistocene caldera ringed by 7 or 8 satellitic volcanoes. The most prominent of these are the post-caldera cones of Korovin, Konia, Kliuchev, and Sarichef, some of which have been active in historical time. Korovin, the most frequently active volcano of the Atka volcanic center, contains a 1533-m-high double summit with two craters located along a NW-SE line. The NW summit has a small crater, but the 1-km-wide crater of the SE cone has an unusual, open cylindrical vent of widely variable depth that periodically contains a crater lake or a high magma column (Marsh; in Wood and Kienle, 1990). A fresh-looking cinder cone lies on the flank of partially dissected Konia volcano. Sarichef has a symmetrical profile, and Korovin and Kliuchef are relatively uneroded and the source of most if not all historical eruptions. Hot springs and fumaroles are located on the flanks of Mount Kliuchef and in a glacial valley SW of K 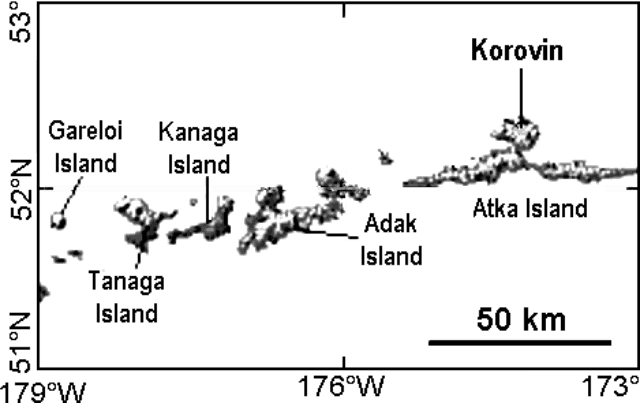 Figure 1. Location of Korovin [Atka] volcano in the Aleutians. Map courtesy of AVO.