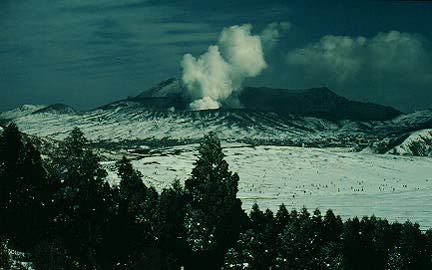 Aso volcano has produced more explosive eruptions than any other volcano in the world.

Aso is a caldera about 12 miles (20 km) in diameter. Of the numerous stratovolcanoes and cinder cones inside the caldera only Naka-dake has been active in historic time. The first documented eruption in Japan was at Naka-dake in 553. Since then, Naka-dake (shown above) has erupted 167 times. The most recent eruption ended in 1993. Most eruptions of Naka-dake are small to moderate in size. Most are simple explosions that produce ash or blocks. Aso has not produced lava flows in historic time. Only 8 eruptions have caused fatalities. Most fatalities are tourists on the rim of the cone. Note people sledding and skiing in the foreground. Photograph courtesy of and copyrighted by Paul J. Buklarewicz. 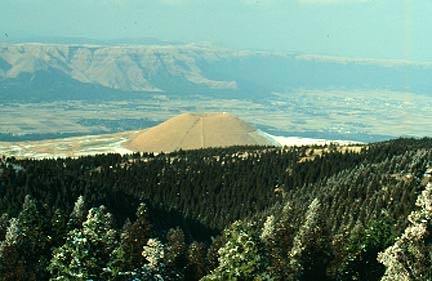 Looking across Aso caldera. One of the numerous cones inside the caldera is in the foreground. Photograph courtesy of and copyrighted by Paul J. Buklarewicz. 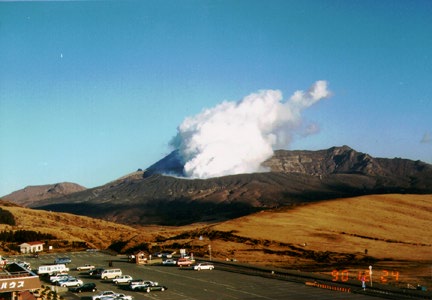 Aso viewed from the visitors center. Small plume above Aso during a period of mild Strombolian eruptions, December 30, 1991. Photograph by Mike Lyvers. 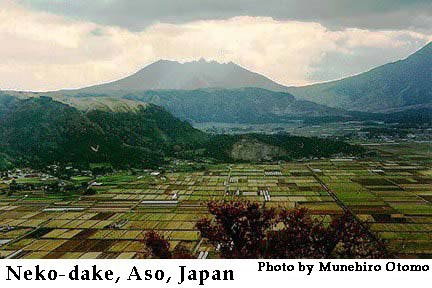 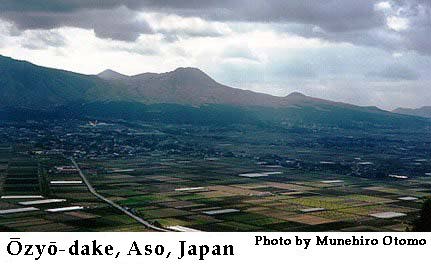 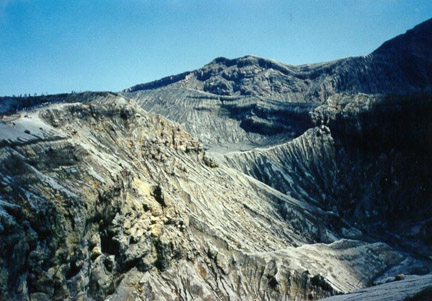 The inactive craters at Naka-dake with people standing on the rim of the active crater (out of sight to the left) for scale.

A sulfurous lake in one of the inactive craters. 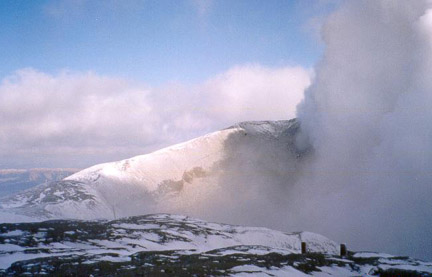 The crater edge and steam column. 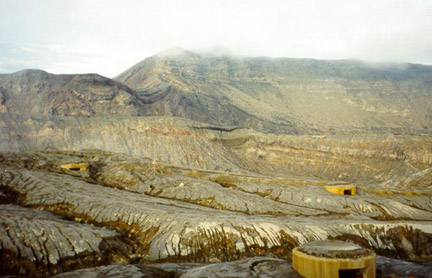 The bomb shelters buried in recent ashfall prior to the summer of 1992. 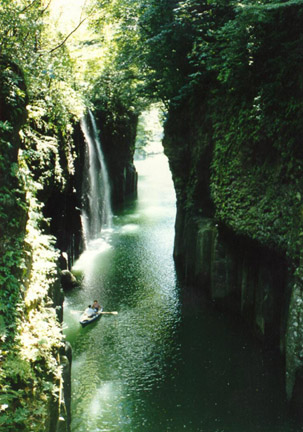 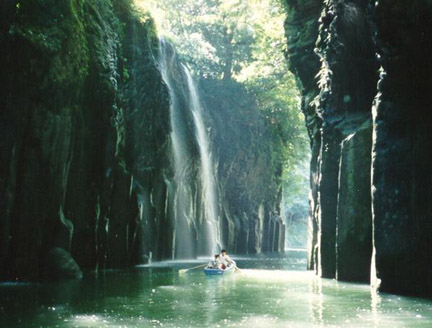 The beautiful Takachiho Gorge near Mt. Aso, with its columnar basalt.