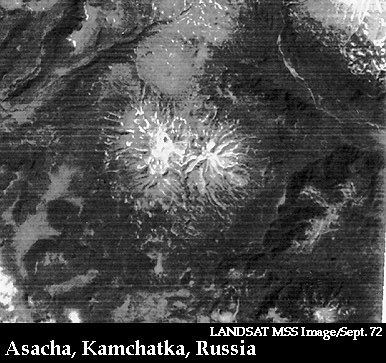 Asacha is a composite stratovolcano that is made up of several extinct cones. Its best preserved crater is located on the south-eastern most cone. Asacha is located north of Khodutka and over time has been eroded into four summits, which have inner slopes that are steep and rocky. Pyroclastic flows from Asacha form a large pumice plain around it. Asacha has never erupted in historical times. 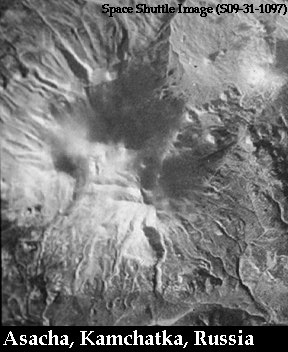 Some other volcanoes that are located in this general area include: Opala, Gorely and Mutnovsky.