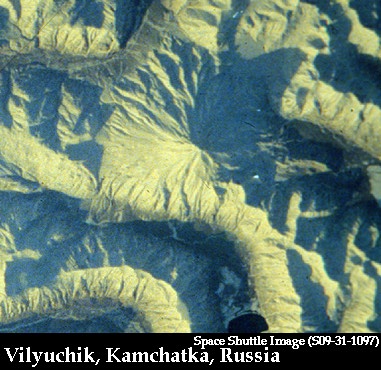 Vilyuchik is a conical stratovolcano that has a lava flow located at its summit. Its main crater has been eroded and at its base is located acidic lava domes.

VilyuchikUs main cone itself dates back to post-glacial times. Northwest of Vilyuchik is located a young basaltic cinder cone called Barkhatnaya Sopka which is situated on an east-west running tectonic line.

Sources of Information:
Sviatolovsky, A. E. 1959 Atlas of Volcanoes of the Soviet Union, USSR Academy of Sciences, Moscow USSR. p167.