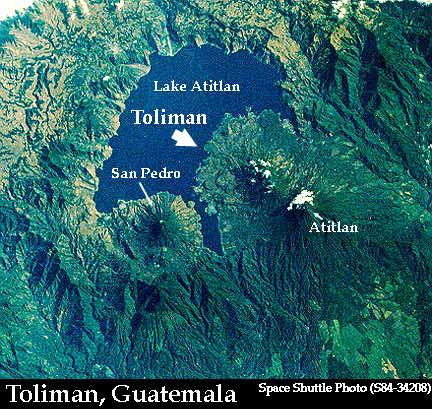 Toliman is a stratovolcano that has two cones. The northern cone is the main cone. It has an 820 by 500 ft (250 by 150 m) crater on its summit. The southern cone also has a small crater on its summit. The northern side of the volcano is covered with lava flows. Lava flows on the northwest side are the thickest. These were produced mostly by flank eruptions. Toliman is Holocene in age. It has never erupted in historic times.