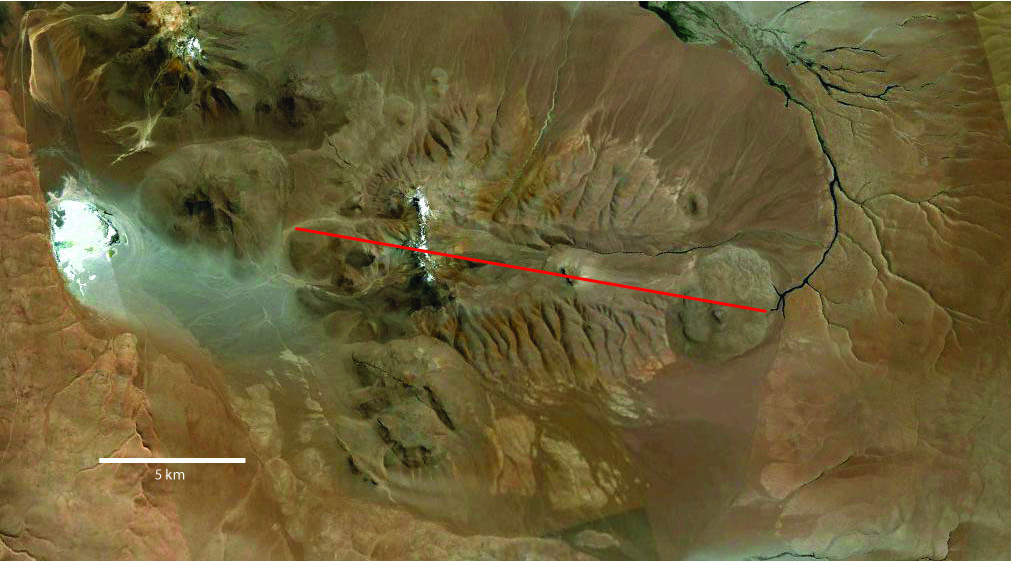 Above is a map of the resurgent dome, some of the lava domes are visible to the northwest.  The red line indicates the placement of the cross sectional view below. 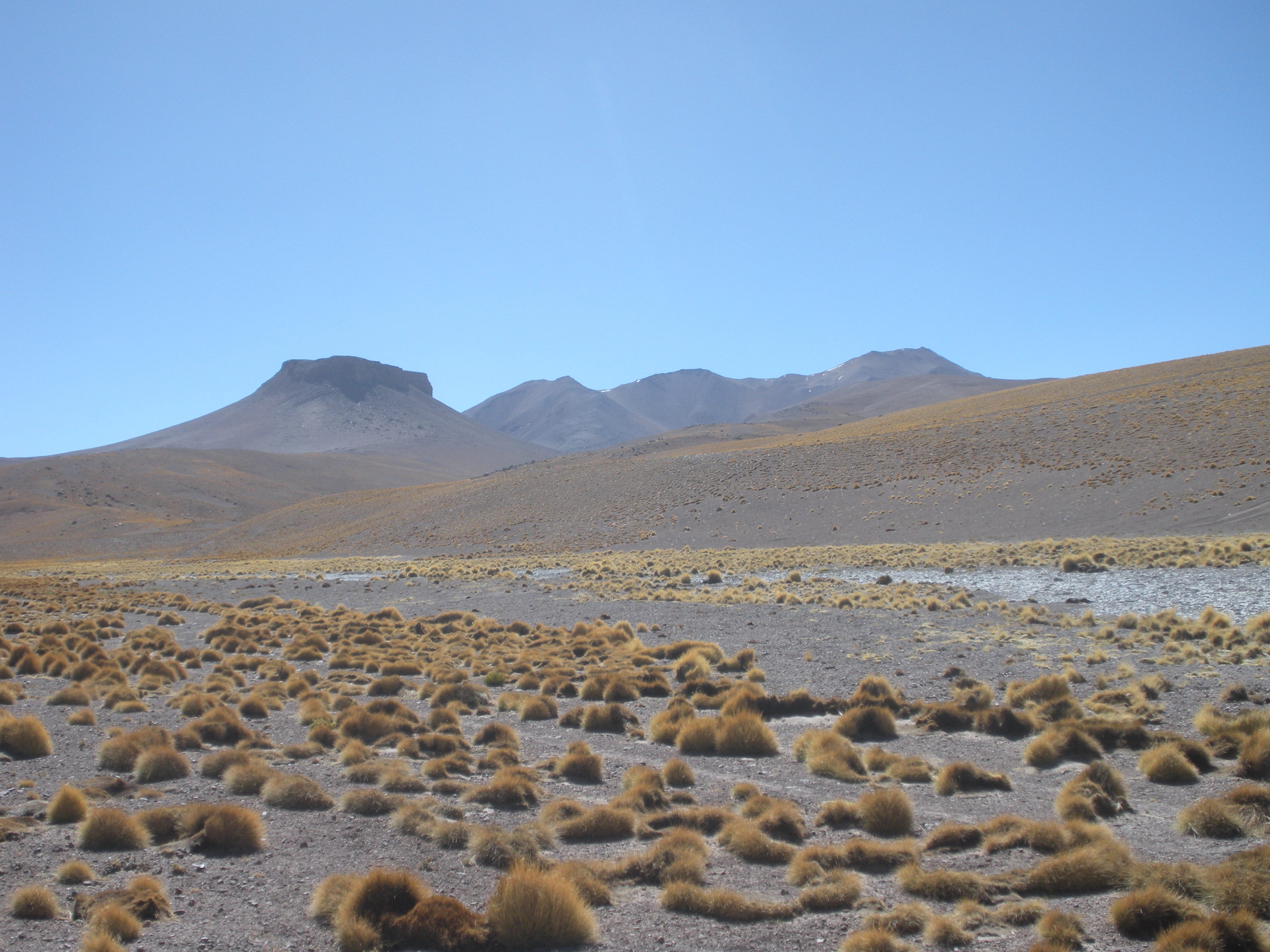 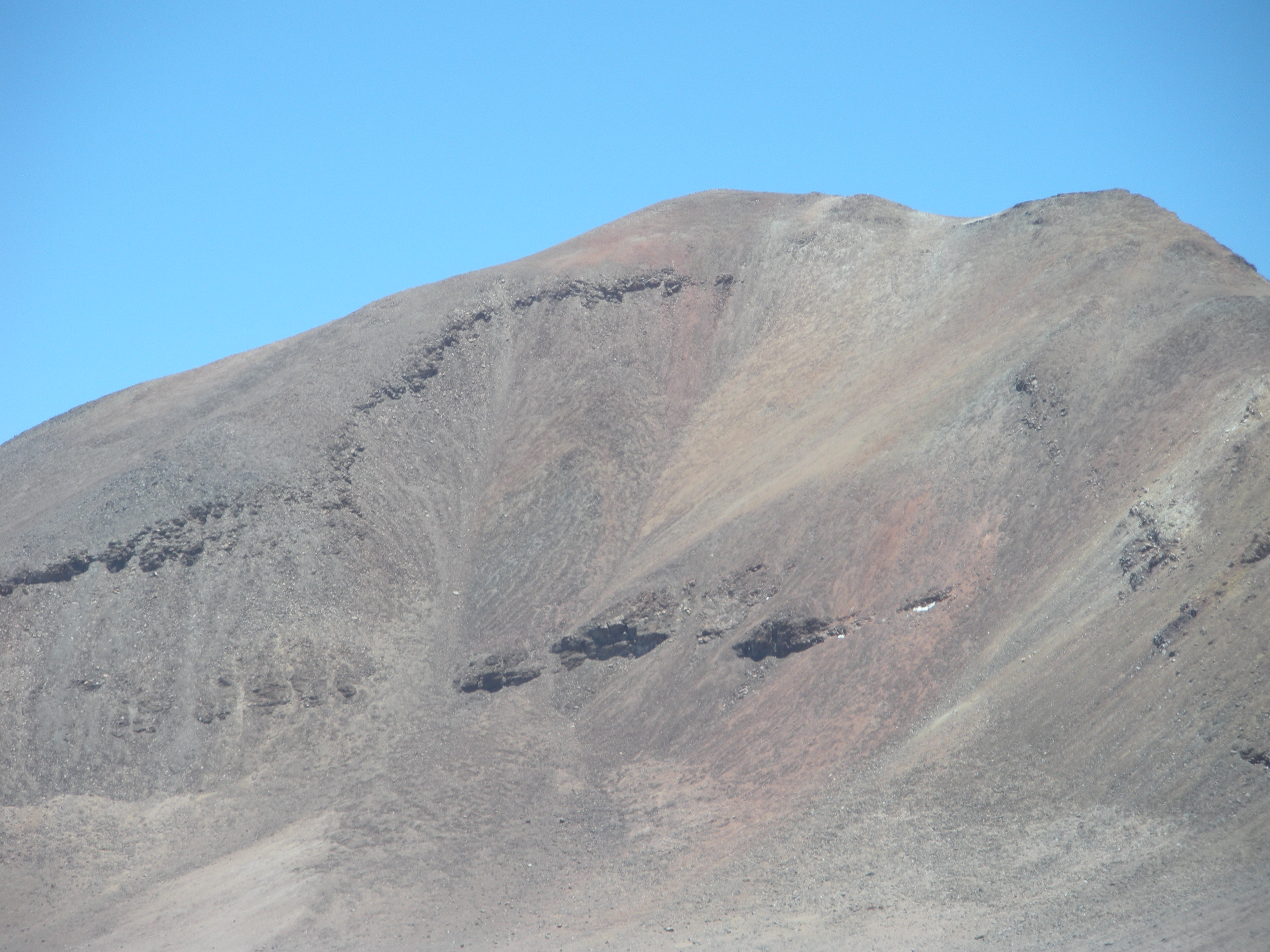 Views of the resurgent dome collapse from the East.  On the left, the small flat block (sombriacita) is visible.  On the right is a look at the internal structure of the dome.  Lava flows that likely post-date collapse can be seen draping the collapse features. 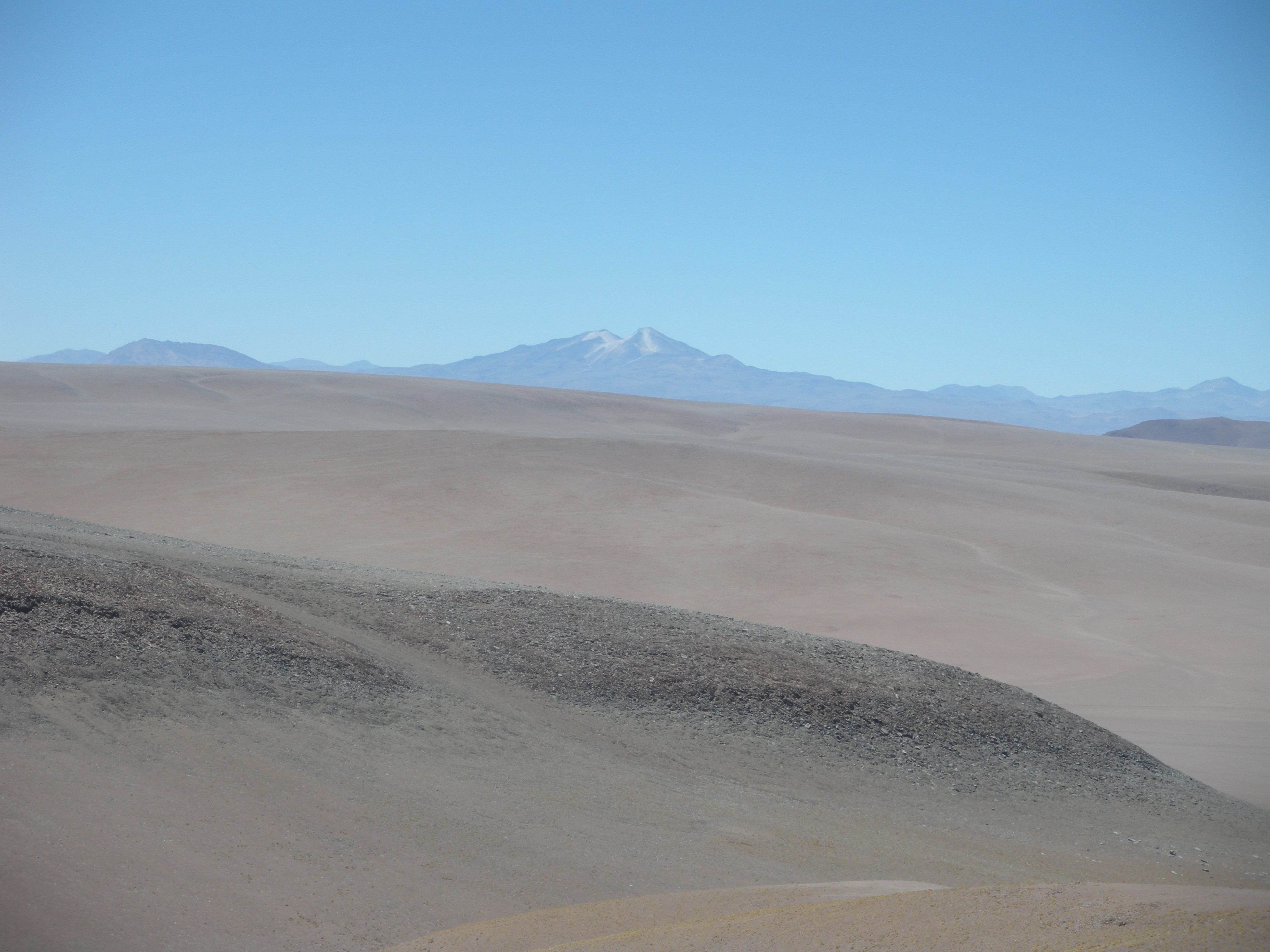 Looking southeast from the resurgent dome to Volcan Uturuncu over 80km away.  Uturuncu is an active strato volcano in the back-arc of this region.  We met a lot of geologists and geophysicists working on and around Volcan Uturuncu. 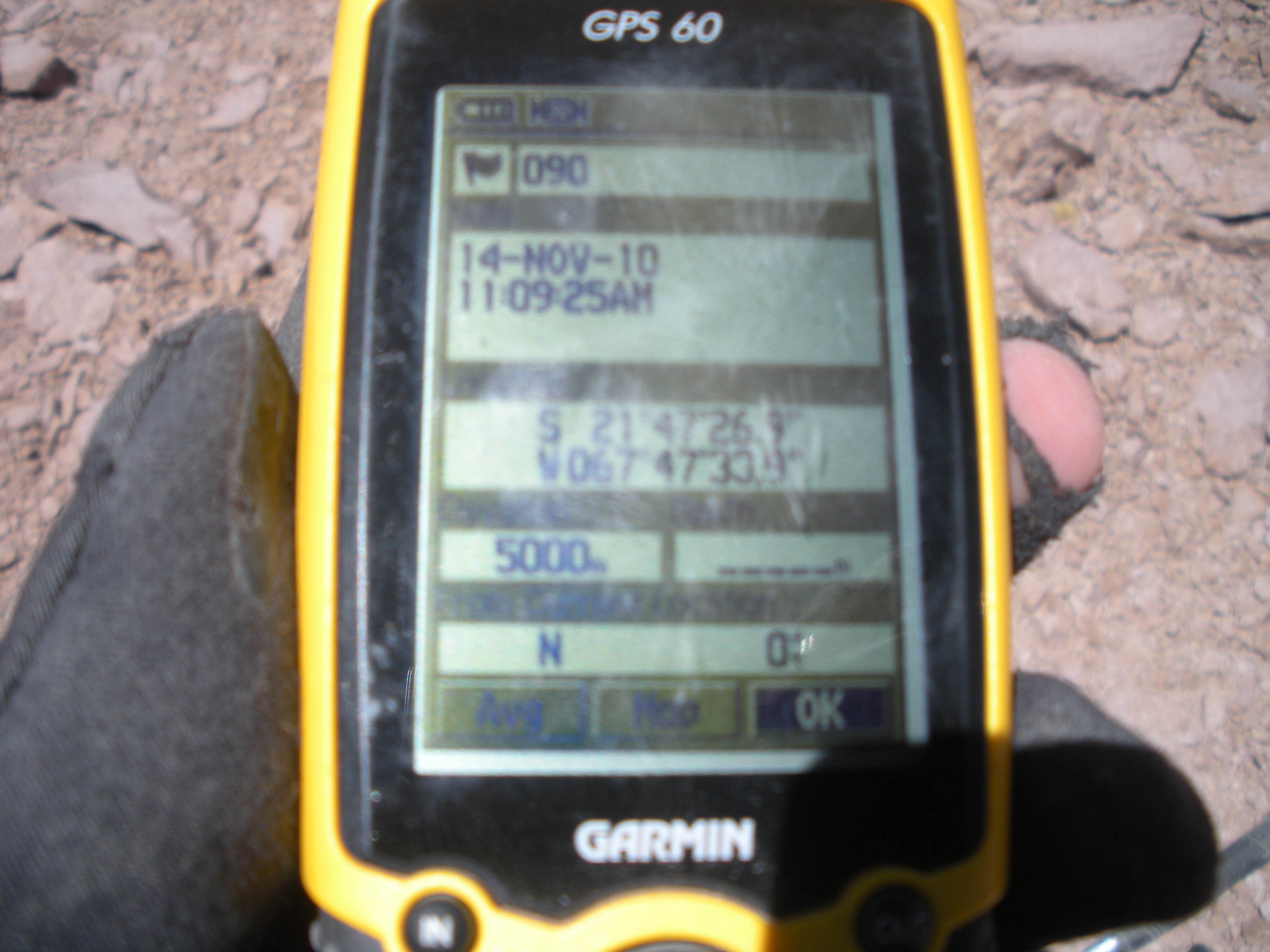