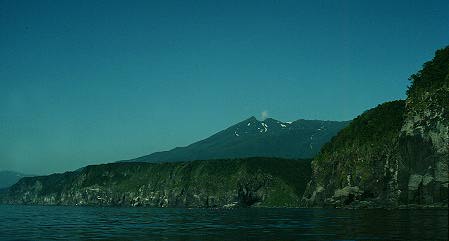 Shiretoko-Iwo-zan is a stratovolcano at the northeast tip of Hokkaido. The basal diameter of the cone is 6 miles (10 km) and a ridge connects to another volcano to the south. There are two craters at the summit. The first confirmed eruption of Shiretoko-Iwo-zan was in 1876. Since then the volcano has erupted at least three times, most recently in 1936. Preceding the 1889 and 1936 eruptions molten sulphur was extruded. All historic eruptions have been phreatic and from vents on the flank of the volcano. Photograph courtesy of and copyrighted by Paul J. Buklarewicz. 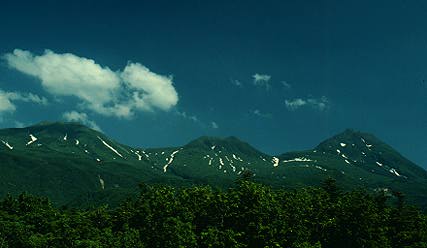