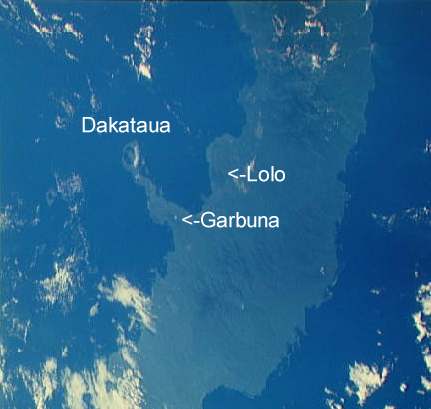 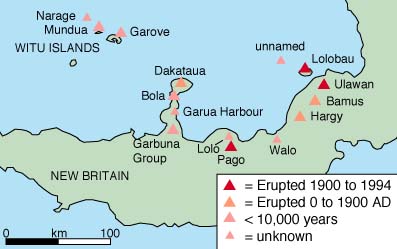 Volcanoes of the eastern arc (New Britain Island) in the south Bismarck Sea.
From Johnson (1976).

Lolo is stratovolcano. It is probably Holocene in age but no rocks have been dated.

Walo is a hydrothermal field with hot springs. There has been no Holocene eruptions.

Hargy is a stratovolcano that erupted from the Galloseulo vent in 5050BC and in 950 AD. The eruptions were dated by the carbon-14 method.