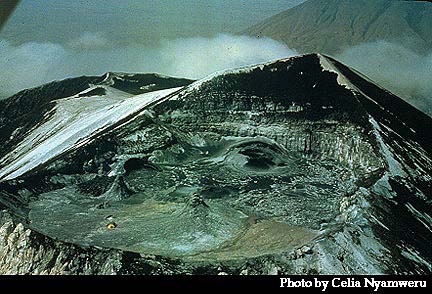 Aerial view of crater from the north, taken on 3rd July 1993. The diameter of the crater floor is about 350 to 400 meters and the elevation of the summit is about 2,086 meters. 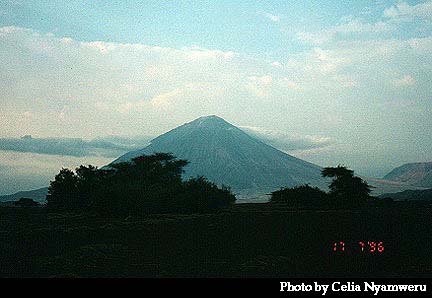 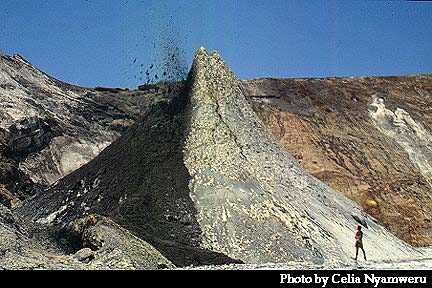 Lava spattering from the top of a small cone on the crater floor, 8th August 1990. Note the person at the base of the cone giving approximate scale. The black lava on the left side of the cone is fresh (erupted within the last hour); the white material on the right side of the cone was black when first erupted and became white over several months. 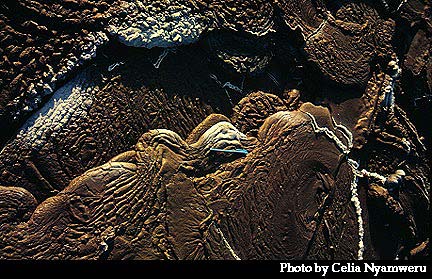 Pahoehoe lava on crater floor, 8th August 1990. This lava black when first erupted and changed color over a few weeks or months. 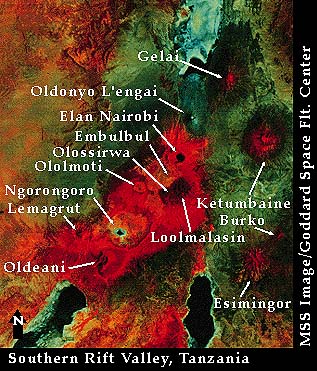 Click here for some recent photos of Ol Doinyo Lengai

Between August 4th and 9th, episodes of sudden explosive lava fountaining were produced from cracks and fissures in the crater floor.