The next four photos show various views of the steaming rocks and crater at Nasu's summit. 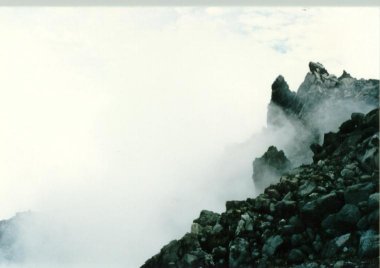 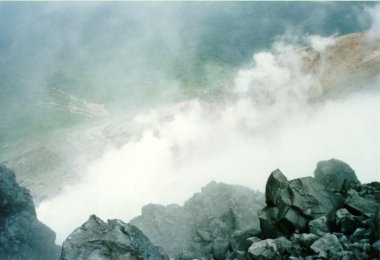 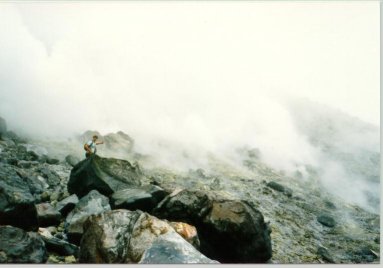 All photographs courtesy of and copyrighted by Mike Lyvers. 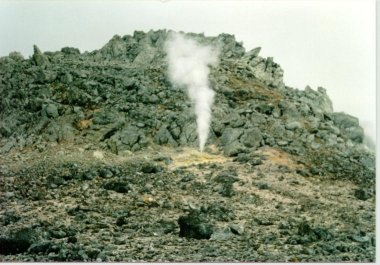 A high pressure fumarole near the summit. 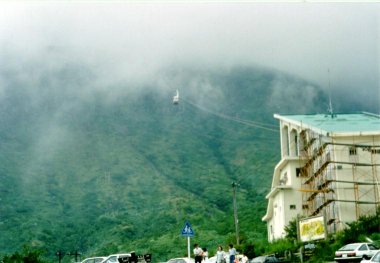 A cable car carries hikers part of the way up Nasu. 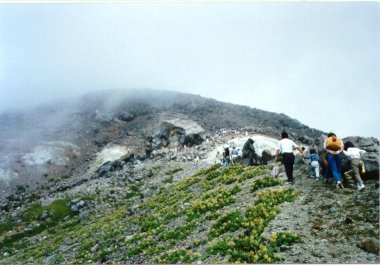 People hiking from the upper cable car station towards the summit.