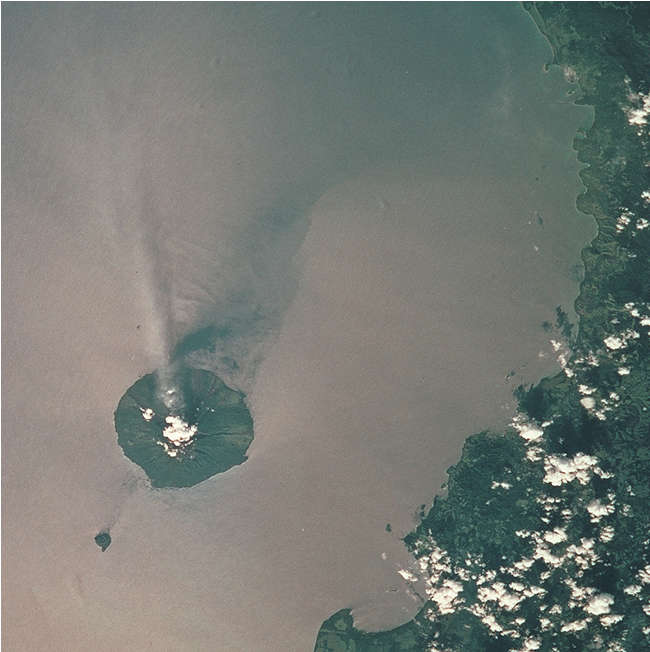 Image Source: NASA Space Shuttle STS093-709-51, Cropped Date: 25 July 1999
Comments: These two superb NASA images show a plume from Manam Island, north of the mainland.
The shadow of the plume is visible over the water on the above image.
(North is to the left)

Manam is a basaltic stratovolcano 7.5 miles (12 km) north of Papua New Guinea. Its first known eruption was in 1616. Since then Manam has erupted at least 30 times. The volcano has been very active in the 20th century with 23 eruptions. Strombolian eruptions are most common. Manam has been erupting since 1974, producing pyroclastic flows and lava flows. In October of 1994, a major explosive eruption at Manam sent a plume 6 miles (10 km) above the vent. Incandescent projectiles were shot about a mile (1-2 km) above the crater. Although this most recent eruption has caused damaged there have been no fatalities. Photo by G.A. Taylor, August 1972. Photo courtesy of Jack Lockwood, U.S. Geological Survey. 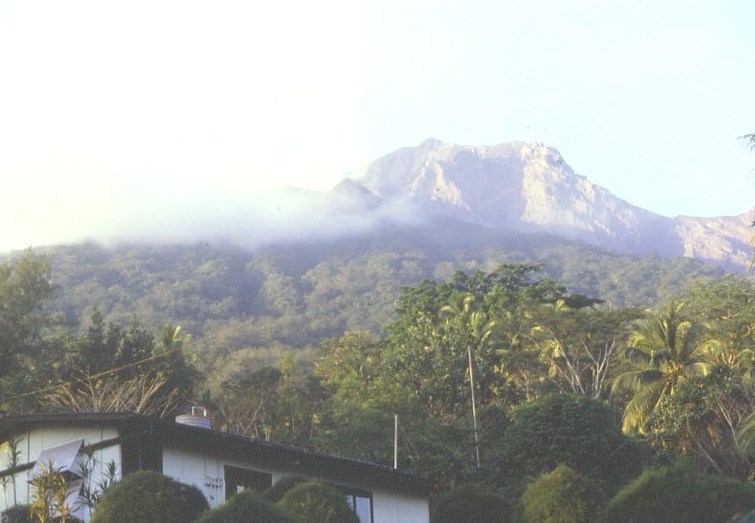