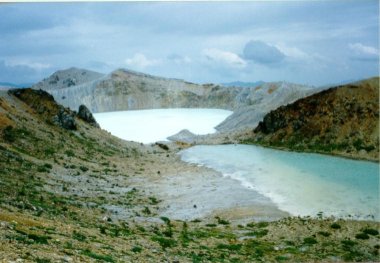 Kusatsu-Shirane is a stratovolcano with numerous summit craters. Since 1805 the volcano has erupted at least 17 times. The last confirmed eruption was in 1983. There was a suspected eruption (with a duration of less than one day) in 1989. Nearly all of these eruptions were phreatic. Most of the eruptions were small to moderate in size (VEI=1-2). The exception was a moderate-large eruption (VEI=3) in 1932 that generated a lahar which caused two deaths and damage. Five of Kusatsu-shirane's historic eruptions have involved crater lakes.
All photographs courtesy of and copyrighted by Mike Lyvers.

The next three photos show the warm crater lakes of Shirane-san. 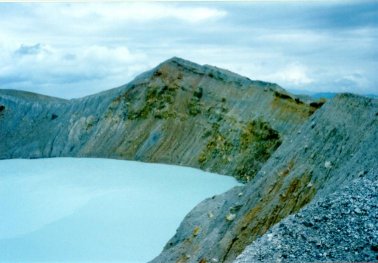 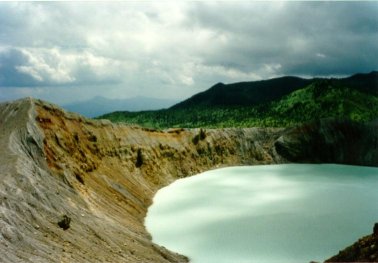 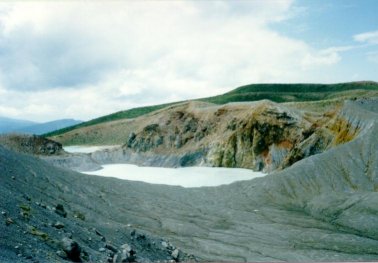