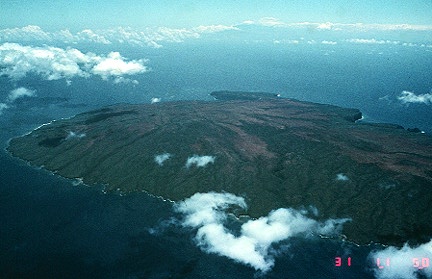 Kahoolawe, a single shield volcano, consists of a nearly filled caldera and a rift zone that trends to the southwest. Kahoolawe is about 12 miles (20 km) across and the smallest of the major Hawaiian Islands. This photo is looking to the east. Photo by Jack Lockwood, U.S. Geological Survey, March 31, 1984. 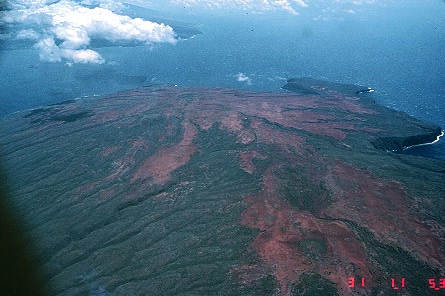 Kahoolawe is made of tholeiitic and alkalic basalt of the shield and capping stages. A rock from the capping stage has been dated at about 1 million years old. This photo is looking to the east. Kanapou Bay, on the east side of the island, marks the location of the caldera. Photo by Jack Lockwood, U.S. Geological Survey, March 31, 1984. 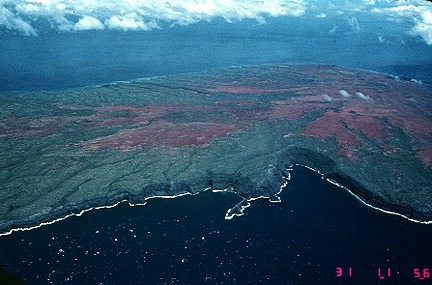 During the rejuvenated stage a small number of eruptions occurred near Kanapou Bay. The age of these rocks are unknown. This photo is looking north. Kamohio Bay is the V-shaped indentation on the south coast of the island. Photo by Jack Lockwood, U.S. Geological Survey, March 31, 1984.