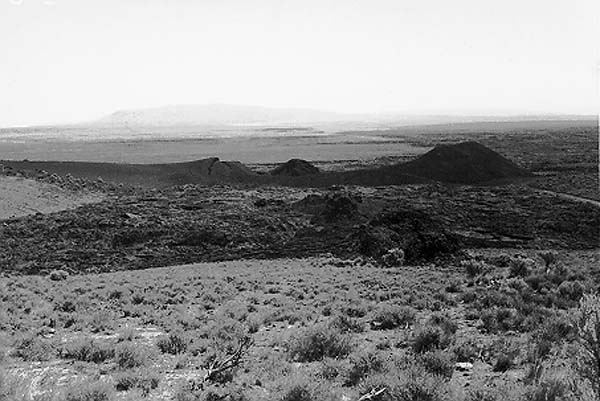 Jordan Craters is a monogenetic volcanic field in southeast Oregon. Three main vents are aligned parallel to structures caused by Basin and Range faulting. Coffeepot Crater, shown above, was one of the main vents. Flows from this vent covered 29 square miles (75 square kilometers). Photo courtesy of the Oregon Department of Geology and Mineral Industries. Special thanks to Rosemary Kenney. 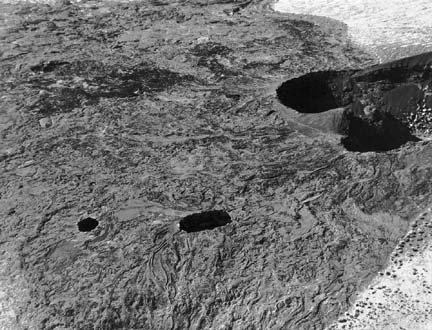 Aerial view near Coffeepot Crater showing cone, pit craters, and pahoehoe lava. Lava near the vent is shelly pahoehoe. The cone is made of lapilli and bombs. A lava pond once filled the crater and broke through and rafted away part of the cone. This volcanic field contains excellent examples of features associated with basaltic volcanism. Photo courtesy of the Oregon Department of Geology and Mineral Industries.